We Are Living In Dystopia Right Now

It was not that long ago for some of us.

But it was long ago for others of us.

Depends upon when you got born.

But Dystopia is a beguiling concept, and its novel manifestations are big buck media possibilities.

It finally hit me tonight, while watching the PBS Newshour: sometime back, more years than anyone would think, we lapsed without catastrophe of identifiable nature, into being a totally dystopic planet.

"Then God said, 'Let Us make man in Our image, according to Our likeness; and let them rule over the fish of the sea and over the birds of the sky and over the cattle and over all the earth, and over every creeping thing that creeps on the earth.'”

I know of three cats who think they pretty much run a household.

Because they are kind, and intelligent, and perceptive masters. 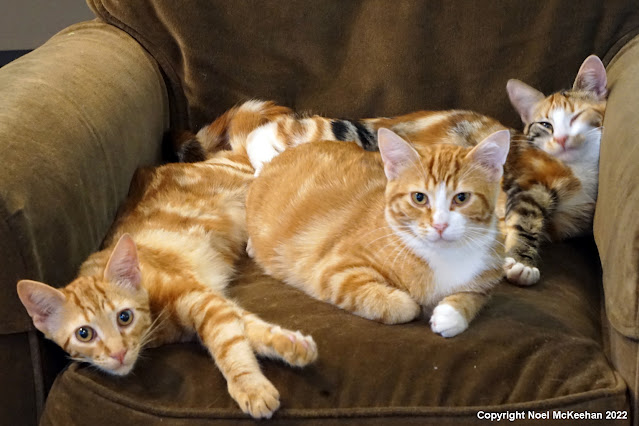 So that Genesis 1:26 bullshit doesn't play with me.

But the dystopic manifestations of that bullshit reek with every version of the evening news.

Especially as to how "man" treats his fellow "man".

And that's before one even begins to think about and acknowledge what "man" has done to "the fish of the sea and ... the birds of the sky and ... the cattle".

When one adds those beings to the equation, one wonders why Genesis wasn't titled "Dystopia".

Posted by Noel McKeehan at 7:58 PM No comments: