The Eagle on the Tombolo

A few days ago Mysti and I walked a few miles.
Some of those miles were on the spit road that skirts the bay.
At the time of day that we were on the road the water had come in filling all the little mini lakes and micro ponds that mark the high water mark of the bay.
Those little bodies of water are all bordered by wonderful salt water tolerant grasses and succulents.
It’s a kind of magical place.
The magic, it turned out, was to be enhanced as we walked the road.
There was an eagle sitting staring absently into the water.
There was that unbelievably white head and there was that unbelievably white tail and there was that unbelievably black/brown of the rest of the bird; it was hard not to stare.
I decided to stare with my camera.
The bird – apparently a showman – rose to the occasion and into the air and started shooting touch and goes with the water.
I had him in my sights; I shot and shot; I focused and focused.
Out of thirty shots there were three that were OK.
Then there was this one: 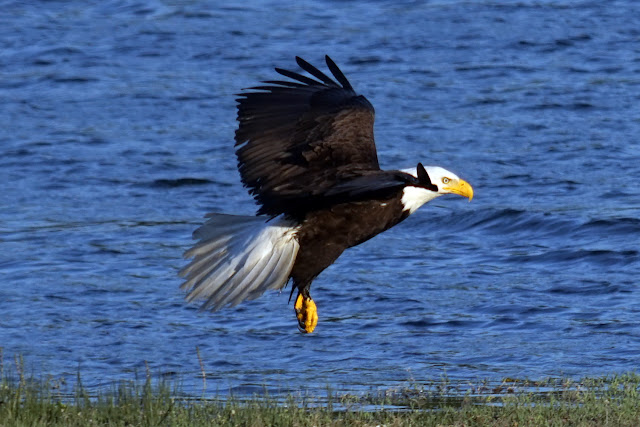 Posted by Noel McKeehan at 4:01 PM No comments:

These sat quite close to me in the tree telling me to stay away from their kids in the nest in the junipers below. 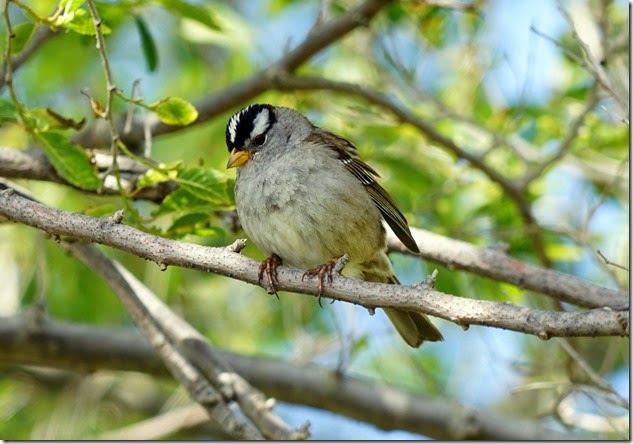 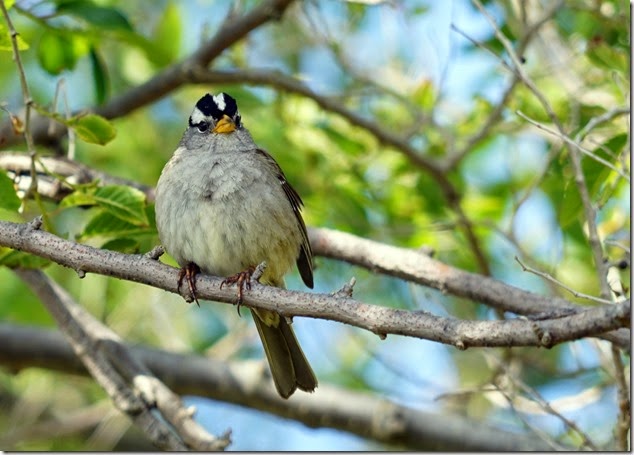 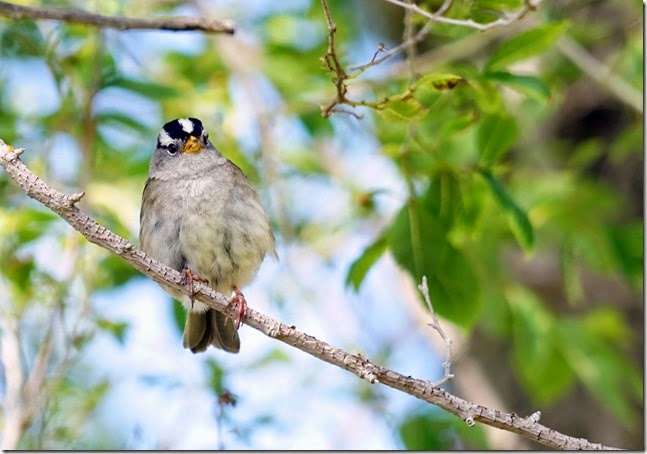 Posted by Noel McKeehan at 7:09 PM No comments:

I posted this to my web site five or so years ago:

Ten or twelve years ago I liked to pontificate to anyone who would stop long enough to listen to more than three words - and there were more of people who had that longer form of attention span at that time than there are now, but not many - that it seemed to me that the way the internet was evolving was going to cause the human race to adopt an organizational form similar to a hive of bees.

I had no vision at the time of Facebook, My space and Twitter, but I did see the direction that email and AOL instant messaging seemed to be pointing.

I certainly didn't think that in ten years that observation would not only turn out to have been fairly accurate, but nearly a fait accompli.

With that capability - the ability to "know" what we are all thinking, doing, considering doing and likely to do - we don't need to travel as much, or perhaps at all. We can just commune with one another in real time; we can order things from on line retail - even from Starbucks - ad hoc, as the needs for those things arise and we can all sit at our keyboards and "communicate" instead of "travel".

The human race will begin to make maneuvers that, to those not plugged into the network, will look like the amazing close-ordered flying that one sees in large flocks of birds.

The Economist recently had an article about a new generation of printers that "print" solid objects. It is possible to go straight from CATIA logic to the print button and end up with a finished item. Jay Leno owns one from StrataSys. He uses it to produce parts for some of the completely old and out of production members of his automobile collection. The parts for many of those cars are just not available, so Jay has had them redesigned using 3D computer design technology then he "prints" the parts.

Apply that logic to being at your keyboard, communing with the hive and ordering on line as the need arises. This printer trend seems to point to the possibility of having the item that you have ordered appearing at the solid state printer installed on your computer.

Posted by Noel McKeehan at 9:08 AM No comments:

A Rigged Game – I Guess

As part of the first management development class I attended when I worked for IBM we played a game called (for no obvious reason that I have ever been able to discern) “Star Power”.

What I remember about the game is that the class was divided into four or five teams.

Each team was given a paper sack.

Each paper sack had the same number (I think I remember that correctly) of poker chips.

The poker chips were white, red and blue and were given their traditional poker chip value depending on color.

The rules of the game were that the teams conducted sequential, timed, trading sessions.

The purpose of the trading sessions was to increase the value of the aggregate number of chips in each team’s sack.

At the end of each session the aggregate value of each team’s sack was toted and made public.

I can’t remember what the trading rules were but they seemed fair and rational and seemed to create an environment in which everyone had a fair chance of increasing aggregate chip wealth.

One of the other rules that I can’t remember, but I do remember its effects, so the rule must have existed, made it possible for individual team members to accumulate individual wealth and be promoted or demoted to teams based on their wealth.

Fairly quickly there became a wealth distribution where one team had far and away the most, a couple were getting a little more wealth and one team was in the ditch.

Once the distribution of wealth had become fairly lop sided the game rules said that the dominant team could modify the rules as they saw fit.

Oddly, one of the things they saw fit to do was to “take care of” the less fortunate in some sort of trading rule accommodation – I don’t remember what the accommodation was, but it looked as if it might allow some upward mobility.

One of the starting rules of the game was that the trading sessions would go on until there was a clear cut winner.

I was on the team that was in the ditch.

We saw how things were going – we were being joined in the ditch by everybody but – mostly – members of the team who had come out of the first trading session on top.

The apparently accommodating rules just made things better for the dominant team.

So we forcibly took the sack away from the dominant team and the game ended.

Our instructors said that they had never seen the game end that way.

They also debriefed us about how the game was set up and why it worked the way it did: over the course of the trading sessions very few of the initially elite players fell out of that status and very few of the second tier group replaced those initial elites who fell out.

Those who were in the ditch remained there and were joined by most of the rest of the other players who were not initially elite and saw their wealth diminish with each trading session.

The final thing of note was that the sacks were rigged from the start.

The rich sack and the initial rules made it inevitable that the holders of the rich sack would not only stay rich, but would wax monstrously more prosperous as the trading sessions progressed.

And once the rich were able to modify the rules – apparently helping the laggards – the rich only got richer.

Apparently only an idiot could lose the game given the initial distribution of the chips.

I’ve always thought that that was an interesting game.

Posted by Noel McKeehan at 4:47 PM No comments: