When I woke up this morning and discovered that it was going to be zero chance of rain (that means maybe/maybe not) I decided that it was the day to do what I have been wanting to do for several years: walk the Seine to Port de l'Arsenal, go up to la Bastille and on up rue Richard Lenoir to Canal Saint-Martin and on to Basin de Villette to Place de Bitche (really) – where I would turn on to rue Crimée and go to to Parc des Buttes Chaumont for a Parisian dejeuner – lunch.

All I would need to do would be to find a vacant bench.

I thought that I could do that.

Le picnic they call it.

That is a long walk.

It took me two hours.

Of course I was stopping every two minutes to take pictures, but it was still a long walk.

But it was really fun.

And it was really exhilarating.

But then that is Paris.

Or maybe that is just me 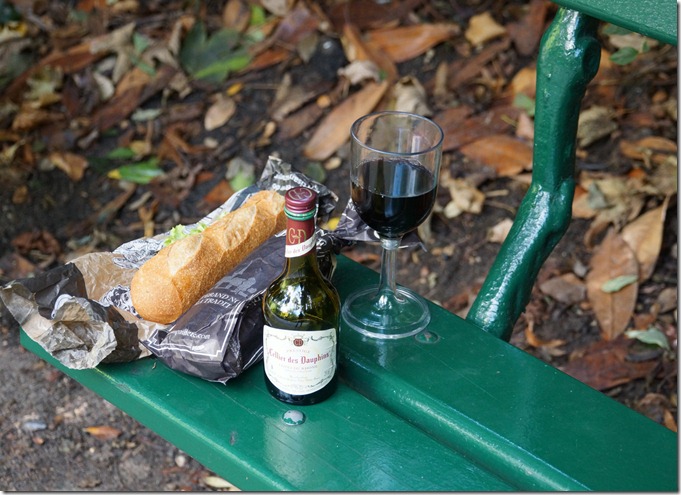 Posted by Noel McKeehan at 2:32 PM