Here are the last few words of “Blitz”.

“I had never been in the presence of death - as it actually occurred - to a person. And to me Blitz was a person; and I was afraid to be with him as he died. So I waited in the outer office while the veterinarian administered the lethal dose.

I was never able to understand the emotional incapacity – the emotional paralysis - that had caused me to stay in that outer office as a friend and companion of thirteen years faded from existence.

And I didn’t even feel any grief.

I felt numbness but not grief.

It was as if the wrenching sobs in the car with my mother when Annie died had taken something from me that I didn’t have any more of.

I departed the veterinarian’s office after he came out and told me it was over. It had been quick.

I left what remained of my friend to be disposed of by the veterinarian as he saw fit.

I could have taken him home and buried him in the woods with a decent ceremony. We had five acres in the midst of a veritable sea of vacant five-acre lots in the Georgia woods.

I could have done at least that right thing.

Bert the Cat lived with us for sixteen years.

He joined us as an adult cat.  He appeared one day in our garden.  Over several weeks he became more friendly and moved closer – out of the garden and to the back door of the house – until one day he passed through the door and officially became one of the cats.

Until Friday he was the last one.

Thursday I had to face what I had been trying to avoid facing.  Bert was profoundly old and the fact that he was a skeleton that had stopped eating and had almost stopped drinking were evidence that he was dying.

He didn’t have a condition from which he was going to get better.

But it appeared that his indomitable will was going to hold him in useless and probably painful stasis for more time than was of value to him.

So I called the veterinarian.

The veterinarian came to our house.

I held Bert and then he died.

I wrapped him in my 2012 Tour de Lopez sweatshirt and put him in the grave I had prepared earlier that day.

I can never make up for Blitz, but Bert and I – I guess – did it right this time. 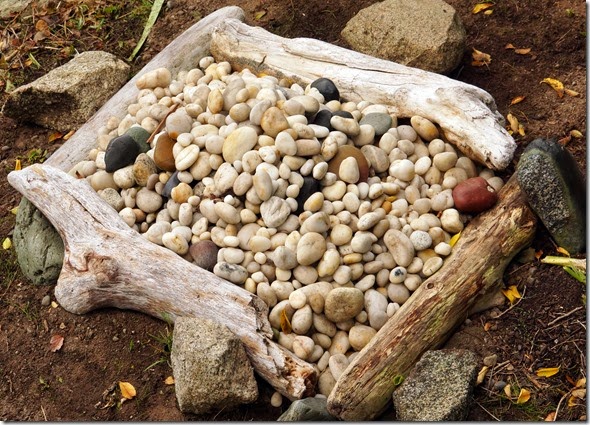 Posted by Noel McKeehan at 4:13 PM