Things Related To My Recent Birthday

What the present was, was a book, I ultimately learned. But the gift was down stack from other things that needed to be done. The first of these things was to read the instructions – I forget now how the package, when it showed up in my mailbox here in Paris, allowed me to read it’s external warning before I had opened the package, and, basically, spoiled the experience – but somehow the instructions were purveyed in such a manner that I got to them first, and didn’t spoil the experience.

Here are those instructions. 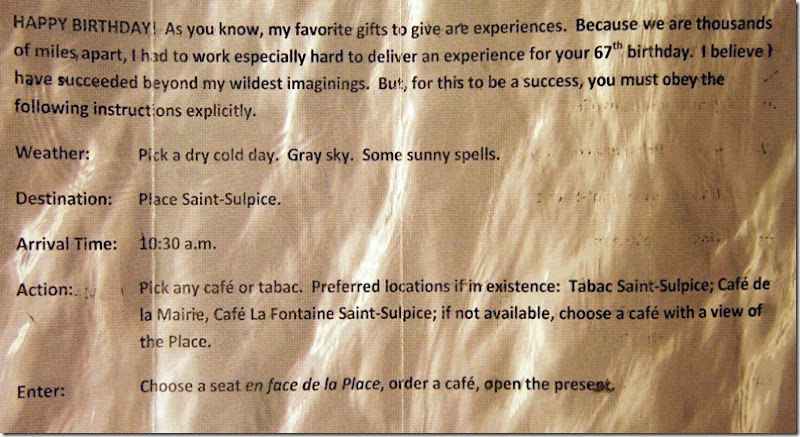 Actually I was then looking at 68.

It took a surprising number of days to intervene between my receipt of the package and the instructions to get a day that was properly in tune with the description of the day that needed to be underway for me to appropriately experience the gift. That was surprising, because the weather requirements described pretty much describe Paris weather, non respective to the season. I have seen the month of August pretty much meet the description proffered.

But I finally did find a day that met them, and I honored the time to within a minute or so, and I had gone to Café de la Mairie – I had gone there for the first time a few weeks previous, but I had been passing it so many times in the years since I first traversed that route in 2002, that I felt as if I was in my home.

And I ordered a DOUBLE express and a croissant. 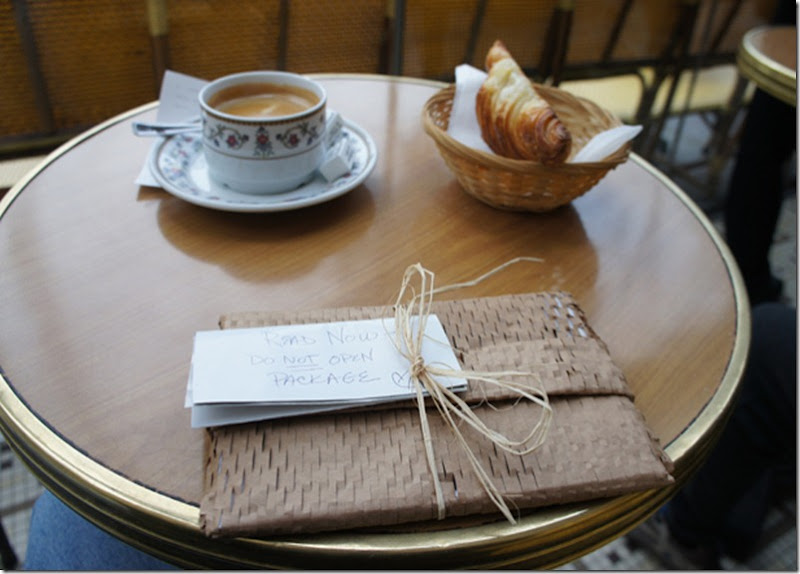 And just outside was Saint-Sulpice. 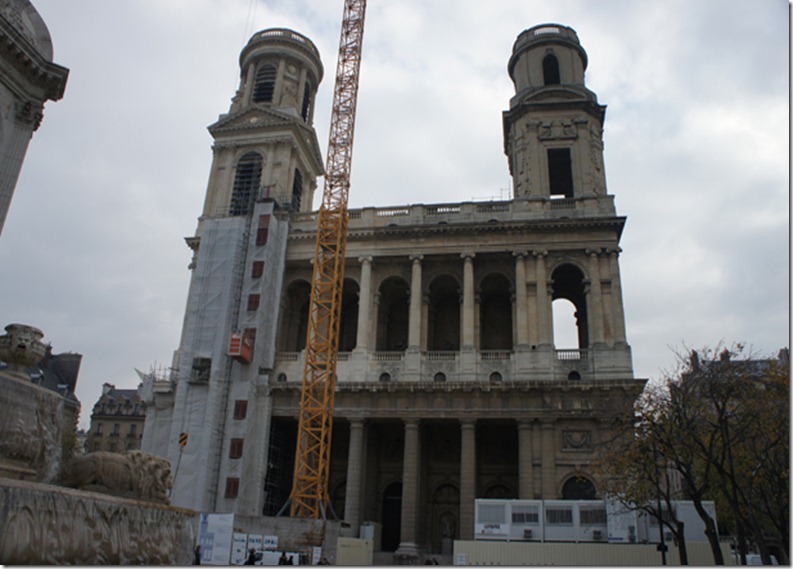 Just as it has always been.

Inside the package was a very brief little book. It documented everything that the author – Georges Perec , a French novelist, essayist and filmmaker of consequence, saw over several days in the Autumn of 1974, while sitting in several of the little eating and drinking establishments ringing place Saint-Sulpice.

He logged everything that his writing hand could get on paper before he forgot what it might have been. And I have no idea why,but when I started to read those loggings, that they were so magical for me; but they were – magical.

I suspect the magic had something to do with my personal involvement with the place where he wrote his sightings, an involvement that had extended over some of the most formative years of my life.

But non respective to any self-perceived personal relationship to the its topics, the book amazed me for the leverage of its – for me major impact compared to – for it - its trivial number of pages.

Anyway, here is my truncated video in support of the Perec concept of triviality as greatness. Or perhaps he was thinking of greatness as triviality.

A Tribute To Georges Perec