Early last year I posted some thoughts I had been having about "taking a knee".

I am deeply saddened by feeling the need to post them again.

I am sad because the story is always the same: white cops kill another defenseless black man.

The thing that got me thinking about this post, though, was not sadness; it was that I just had seen that Lebron James has said that acts like the Floyd murder is why athletes take a knee.

And then I remembered my "taking the knee" post.

"From my point of view there is no question that the the police forces of America feel licensed to kill black people, mostly men.

So having prominent black people like athletes calling the attention of the rest of us to this outrage has always seemed to be something I would want to do were I black; in fact I want to do it even though I am not.

And there are many who do and how they do it takes various forms.

Not too long ago an especially effective form of registering protest against police brutality on black people has been taking a knee at the National Anthem at the outset of NFL games.

The hoorah that has gone up in the face of that action would be laughable if it weren’t so bogus and racist.

The fact that donnie is at the head of the hoorah underscores the degree of bogosity and racism involved; after all donnie is the lying racist in chief.

That all notwithstanding, there has been something about the specifics of the hoorah that has bothered me from the hoorah’s outset; I have had a little voice saying “bullshit” very softly somewhere down in what might be my soul were I to possess such a thing; I just couldn’t get it to elaborate, or speak to me very loudly.

Just this morning, though – unassisted by the voice – I figured it out.

I remembered Easter masses back when I was a child in the still Latin speaking Roman Catholic Church.

In those masses there were long Latin parts that we in the congregation chanted – we were standing while chanting.

And we would all kneel.

Which was because flectamus genua means “let us take a knee” or some such.

I think “let us bend our knees” is closer, but “let us take a knee” is closer to my point; in either event, the physical action is the same.

Then someone would chant “levate” which meant “stand up”.

So why does doing something that we old time Catholics took to be an act of worship make Colin Kaepernick, according to donnie, the NFL owners and “The Base” “a son of a bitch” who is disrespecting – something (I have never been clear what that act of worshipful respect was actually supposed to be disrespecting, but it apparently includes truth, justice and the American Way)?


Just for fun, let's put a picture of donnie here. 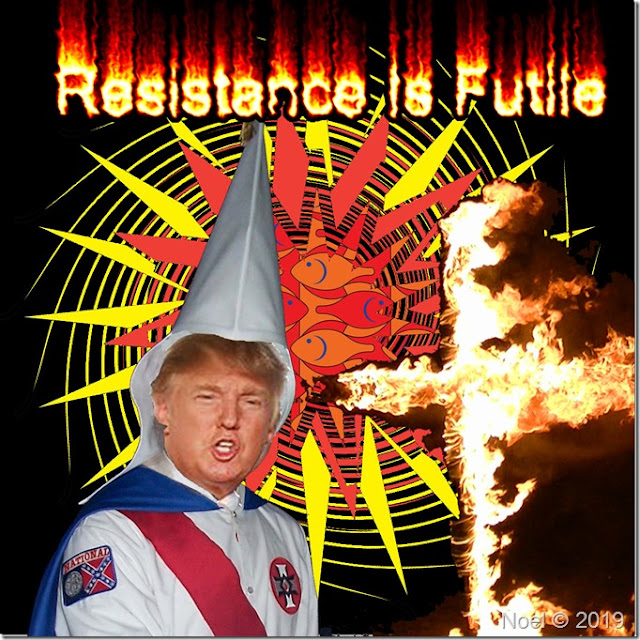 Posted by Noel McKeehan at 3:11 PM