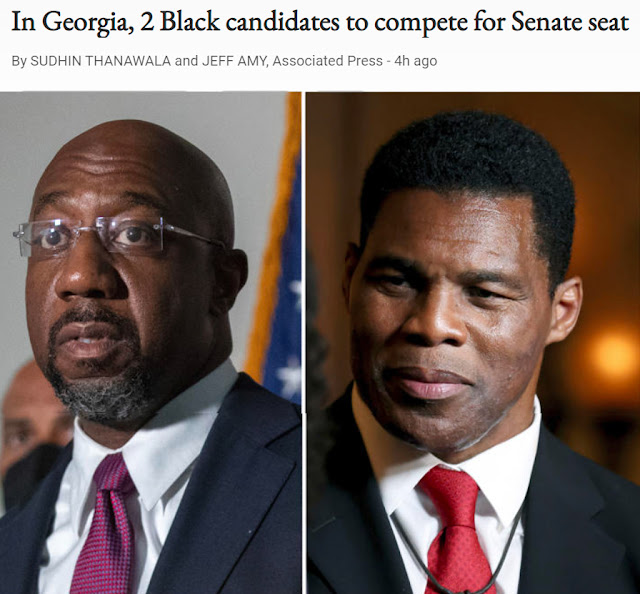 I assume the clips that I have seen of Mr. Walker do not represent his IQ, ability to think or ability to express articulate thoughts.
I assume that those clips have been cherry picked - and, probably, deep-faked - by the liberal press to pick on Mr. Walker just as they always pick on poor donnie.
There is, however, copious recorded evidence extant of the thinking, and speaking ability, and apparent IQ (high, one would surmise) of Mr. Walker's opponent, Raphael Warnock.
So, the Georgia Senate race promises to be the most interesting in American history: the race card is either off - or fully on - the table, depending upon who the voter is and whether or not they live in Forsythe County.
Since the possible discrepancy of mental acuity between these men can't help but quickly become apparent under the daily rigors of campaigning, (of course voters will have to deeply discount any video evidence of Mr. Walker on the campaign trail due to the undoubted and totally expected continued deep fake production of the liberal press) if such disparity actually exists, and if Mr. Walker wins, that result is going to clearly document something.
I wish I could figure out what that something might be.
Posted by Noel McKeehan at 11:50 AM