Parrots Where I Would Not Have Expected Them

Seattle and Paris have pretty similar climates as far as I have ever been able to tell from the time that I have lived in both places.

So I should not have been surprised about what I saw today.

Seward Park which is a couple of miles from where I live in Seattle has a flock of parrots that live there year round.

Apparently being tropical in origin hasn’t stopped them from adapting to the Pacific Northwest.

But, today when I was entering Parc Montsouris, I was surprised.

I heard a bird call that was unmistakably a parrot.

It wasn't the same call as my Seattle parrots, but it had  the same timbre.

I had to be hearing parrots I said to myself.

And then two birds, making the parrot noise, flew into the top of a very tall tree across the street from where I was waiting for a traffic light to change so I could cross and enter Parc Montsouris.

Those birds flew exactly like parrots: they flashed through the sky with the same aerobatic joy that my Seattle parrots always exhibit.

By the time I was able to cross after the light had changed they had departed; but the tree was so tall and the lighting conditions were so adverse that I didn’t think that I could have gotten a picture anyway.

So I shrugged and moved on.

Later, after an hour or so in the park, and after hearing and seeing the the birds flash across the skyline numerous times, I finally got an opportunity to take some pictures.

They have much longer tails than my Seattle parrots. 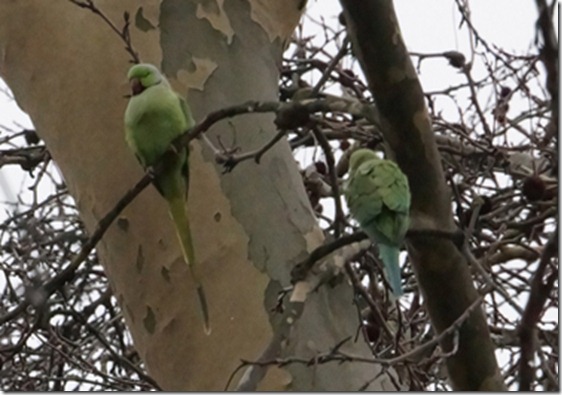 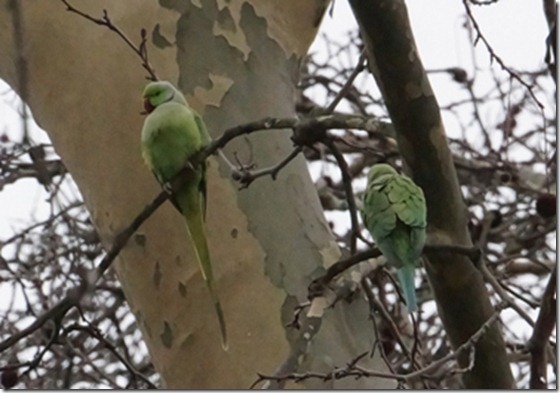 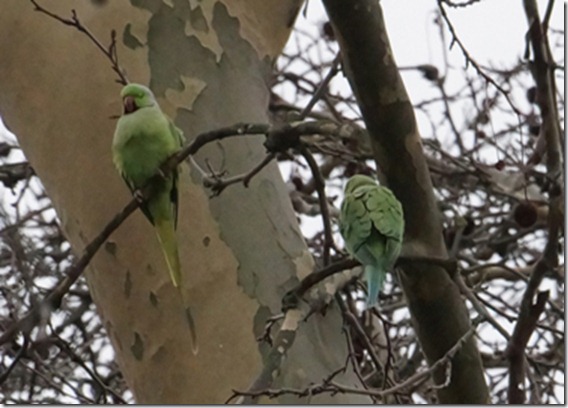 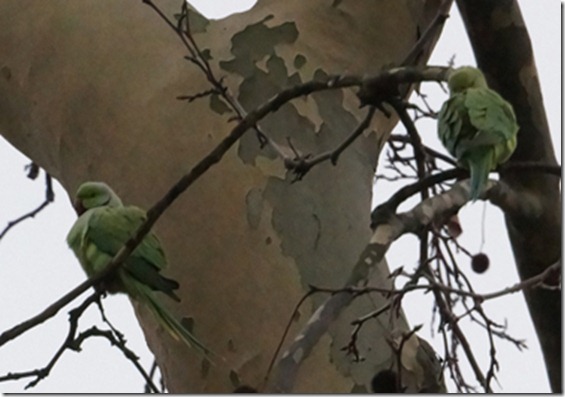 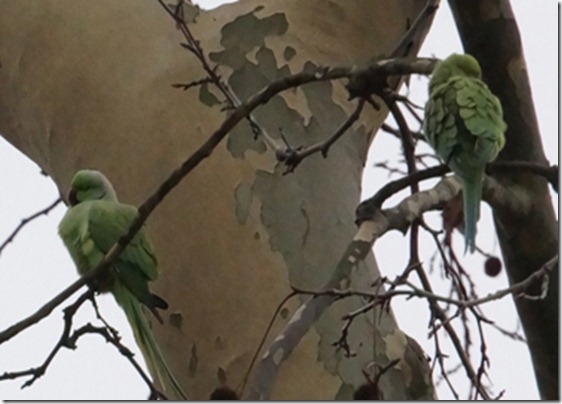 Posted by Noel McKeehan at 1:07 PM