She Described The Problem With Brilliance ...

I cut the cable years back.

And I got rid of the various hulks of television that had CRTs.

I paid guys to come and heft them out of my house.

And NPR and The Economist were my only sources of information; and that was good.

My daughter in law decided somewhere in that time that an old man without a TV was an endangered species.

What could he yell at?

So, she bought me a television of the new flat screen type.

And I bought an over the air DTV antenna to try to find what it might be that the local TV stations were transmitting, as the law required, over the air,

And I could get a few channels.

But then the trump attack beset American Democracy, and, I guess, it won; but there were still some of us with hope.

My hope had been lodged in the brilliance of American comedians attacking donnie.

So when I recently wandered back to an episode of Roseanne delivered by my DTV  antenna - no fees involved - and saw the brilliance of how she and Dan and her friends and her kids were describing the problem that donnie has exploited and exacerbated - I could not figure out how Roseanne got from a brilliant description of America's problem to an endorsement of a Mussolini  wannabe (how could anyone wannabe like Mussolini?). 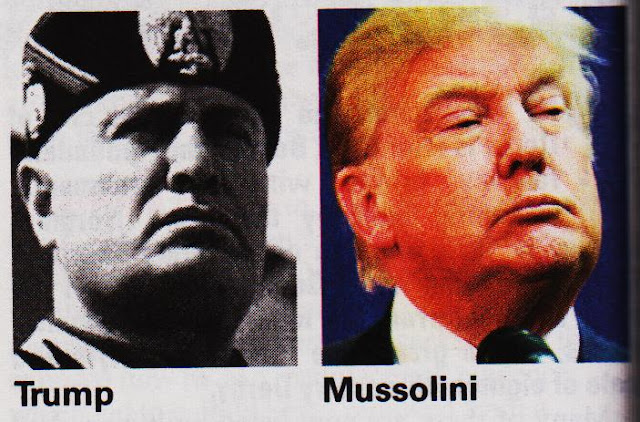 And what has happened to America?

Posted by Noel McKeehan at 8:27 PM