I forgot to mention that in addition to the defense not even mentioning the excruciatingly detailed and compelling case laid out by the prosecution, let alone attempting to counter it, but instead mounting a defense based upon a series of assertions about how donnie is being mistreated, they almost immediately augmented that line of defense with the tried and true ol' "whattabout" defense: they played a video/audio mélange of Joe Biden as President of the Senate in 2016 denying multiple certification challenge requests.

I wasn't at all clear on what the point was to them documenting that our current President had previously properly conducted himself in the constitutionally prescribed certification of the electoral vote count that certified the election of donald trump as president, but I guess if you throw enough spaghetti against the wall some will stick.

Seems like a shaky defense in an impeachment trial.

However, as I noted previously, after about ten minutes of that useless and pointless gabble (that's almost an homage to Bob Dylan) I turned the debacle off.

I understand from sources that the mélanges have continued, Elizabeth Warren being subjected to a particularly pathetic example.

The ol' "whatabout" defense only works in dimly lit bars replete with half drunk denizens, I should point out; the ol' "whatabout" usually gets augmented, after heated invocation, by drunken fisticuffs; and we all know that that always settles things.

At this point, however, needs to be brought in the ultimate defense, steeped in the distant, hoary recesses of the Common Law: 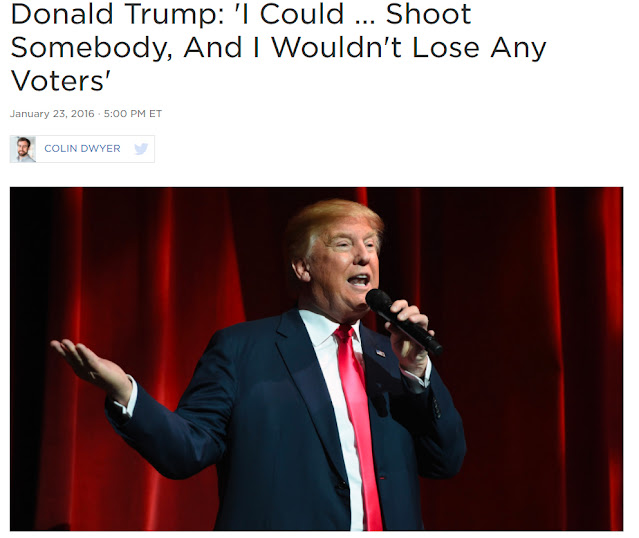 What a great day in the neighborhood.