Ukraine Vs Russia: A Couple Of Ideas

I guess we need to wait a few weeks for the ground to freeze fully enough to allow the traverse of Russian armor into Ukraine; if they are going to go, they will go then (having your tanks sink in mud is still thought to harm their usefulness).

We have a conventional bomb that has a yield of 11 tons of TNT; some call it MOAB - the mother of all bombs.

They can be delivered by C-130 aircraft.

It would seem to me that ten C-130/MOABs should be given to the Ukranian air force.

That would be 2.2 pounds of TNT per Russian invader. 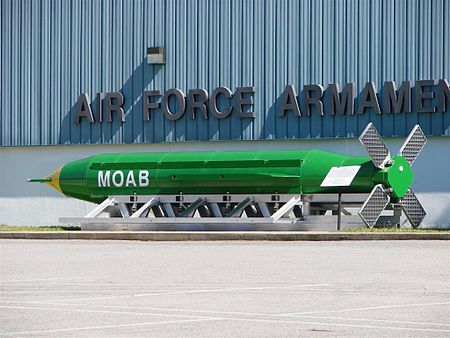 Alternately, if that many dead Russians sounds like NATO over-reach, I suggest we invite the Russians to join NATO.

Posted by Noel McKeehan at 1:34 PM