I was walking rue St Denis on my way to my favorite Indian restaurant in Passage Brady.

It was several years ago so my memory of specifics is probably suspect.

But I guess I was trying to capture the mood of one of Paris' oldest streets, and that was best captured in black and white, so I must have made that setting as I walked.

I guess the woman in the foreground was my intended subject.

I - believe it or not - hadn't seen the woman in the left middle ground.

But her presence makes the shot: the essence of rue St-Denis.

Just seconds later she made a serious attempt to get me to pay her for the pose.

She was large, and muscular.

I vacated the locale as quickly and gracelessly as was possible.

I guess she went back to her station. 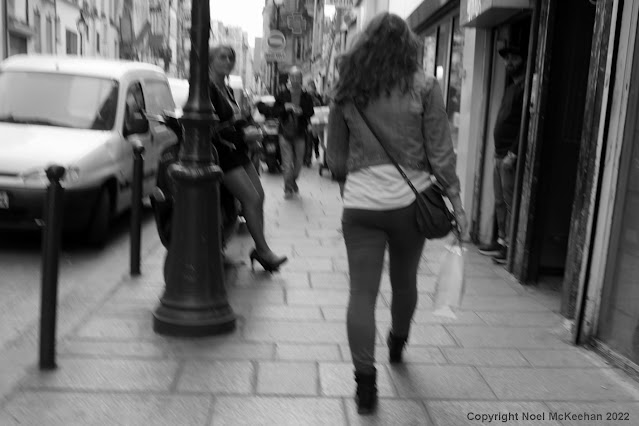 Posted by Noel McKeehan at 9:54 AM