What Would You Have Seen?

A while back my wife bought a bottle of prosecco.

Last night we decided to open it.

It was an odd duck of packaging.

It had a real cork - composite, albeit - but it wasn't like a champagne cork.

It had just a small crown of cork extending vertically north of the bottom of the bottle.

It wasn't a graspable knob as one would encounter on a champagne cork.

It was inaccessible with one's hand.

"My fingernails aren't of that consequence or heft" I said to myself; no way that's going to happen".

So much for the architecture of the cork.

It was non-standard in another feature.

It didn't have the champagne cork's metal cage of restrainments.

It had a white lily-livered twine half-heartedly deployed randomly where a clearly structured metal cage would have been on a real bottle of real sparkling wine.

I was immediately suspicious.

I was ready to hit the floor as I unwrapped every flaccid wrap of string, expecting a spontaneous explosion before I could grasp the cork to remove/restrain it.

The string removed, nothing happened; the bottle just sat passively in place on the counter.

I thought of using a corkscrew, but I simultaneously conjured images of being impaled between the eyes by a wine-gas propelled corkscrew.

So we put the bottle in the refrigerator and said "let's go to Blossom where we bought it and ask for their advice".

The next day we did that.

I stayed in the car.

My wife came back with the bottle and pointed to cork end at me and said:

"they say that you should have seen the corkscrew icon burned into the top of the cork".

I looked at the icon and said "I saw that; it's a praying mantis; I thought that must be some kind of logo for the winery; and besides, if you turn it upside down, it is ET". 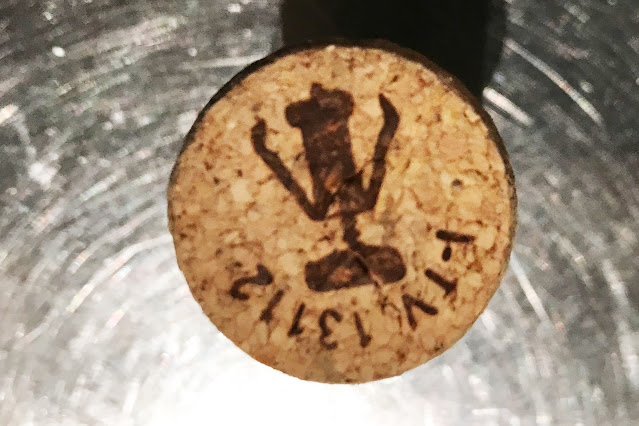 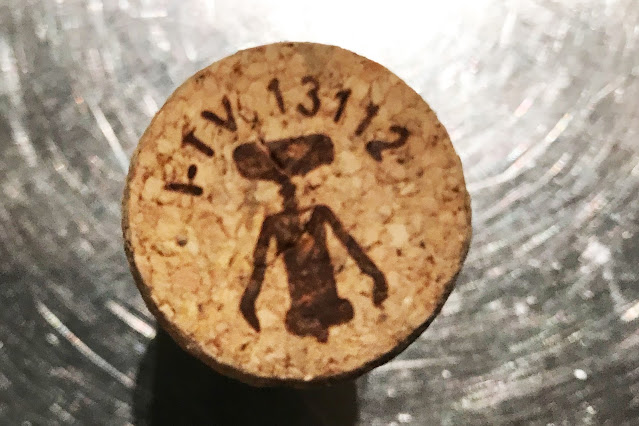 She wouldn't let me go in and present my case.
And when I did open it, the prosecco was flat - apparently that is the design point of that particular product.