It started one weekend in September.

Somebody somewhere fired something into ARAMCO and set a bunch of oil on fire.

Which meant he started lying.

"Iran did it" he shrieked in his nasal New York snarl.

"We will check with the Kingdom, but we know Iran did it".

Lacking any evidence except donnie's lies, the world snickered.

"What a time for the walrus to be gone" thought many within the battlements.

"What a time for me" thought the werewolf known as Stephen.

And he walked into the darkness; and he conjured the donnie's being; and he transferred the launch codes to the Kingdom.

As luck would have it there was a Pakistani American in the inner circle.

"What the fuck does this mean" could be heard being shrieked from the tents of Ryiadh.

"Just what I always wanted" could be heard being purred from the halls of one of the palaces in Pyongyang.

"Whatever" came from on high.

But they all end in a flash of light and hysterical laughter.

The laughter gradually fades and a voice sounding a lot like Bill Kurtis says "welcome to Wait, Wait, Don't Tell Me". 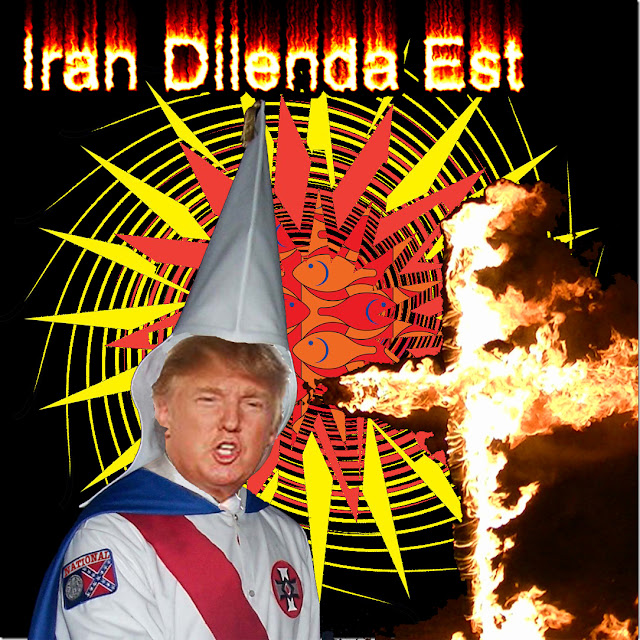 Posted by Noel McKeehan at 7:23 PM