Dashed Hopes Stored In The Garage

When I got back to the United States from Paris in December 2016 I had to deal with a deep, deep depression of soul, mind and spirit.

I hadn't had that level of depression since I had returned to Saigon after an R & R years earlier.

But this depression was deeper: the future of my country was ruined.

Hatred, bigotry, racism underpinned by lies, voter suppression and Russian meddling had elected the president of the United States of America.

That sadness has prevailed ever since.

Being of a photographic bent, I couldn't help but collect this image.

It has a message:

How totally sad, for us and for the world. 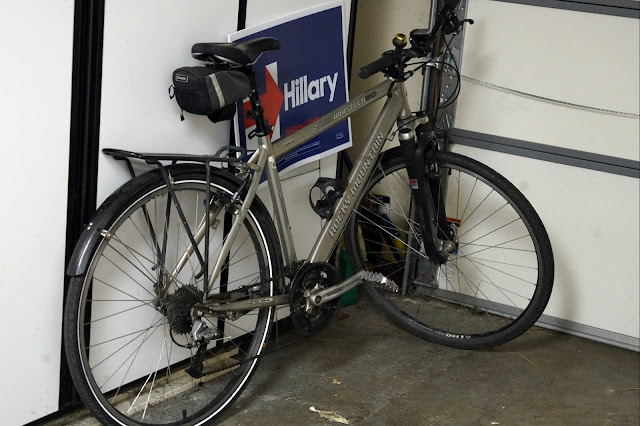 Posted by Noel McKeehan at 8:32 PM