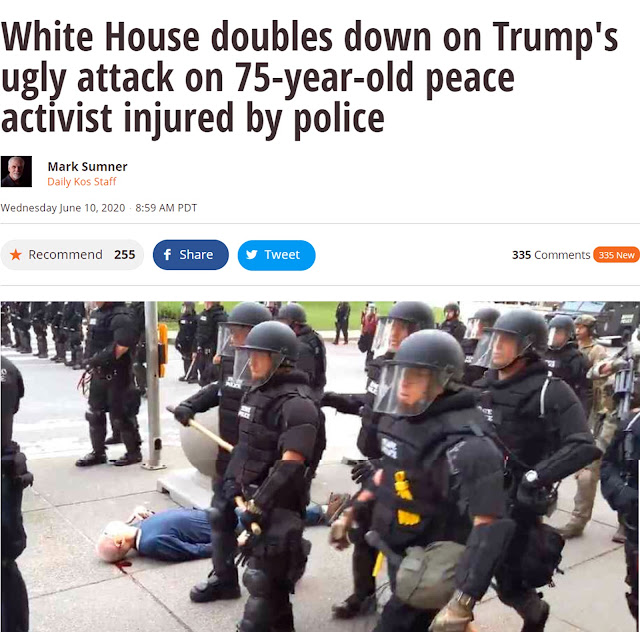 Here are The first two paragraphs:

"Donald Trump has a superpower. Believe it or not, he can become completely invisible. Of course, Trump isn’t invisible to everyone. He’s only invisible to Republican Senators. This power manifests every time Trump makes a statement or tweet in which he clearly violates the law, calls for acts of random violence, or demonstrates ignorance at a level that clears the very high bar of embarrassing the GOP.

Trump flexed that power on Tuesday when he issued a tweet accusing 75-year-old peace activist Martin Gugino of being an “antifa provocateur” and of attempting to “scan” Buffalo police, and of faking his fall and injury. Trump’s tweet, repeating a conspiracy theory voiced by a reporter for Russian state propaganda, was both ugly and silly enough to generate a tall stack of “didn’t read it” and “didn’t see it” responses. But a day later, Trump’s statement is looking like it’s coming back into view, and the White House is doing what it does every single time that Trump issues a statement this patently ridiculous and unacceptable: They’re doubling down."

And where are are is in deep trouble.

This Kos post is dealing in specifics, but they are archetypical of everything that has happened since 20 January 2017.

That "everything" has gone into hyperdrive since the republican senate found trump not guilty of what he was obviously guilty of.

Now those same republican senators, when asked what they think of this latest trump outrage - well described in this post - either said "I'm late for lunch", "I haven't heard about it" or "I haven't seen anything about it".

I'm not making that up.

The only way we can have a separation of powers and avoid the fate that the Founders all feared mightily, is to have three branches offsetting each other.

Here and now we have a questionable court and a hypnotized senate. 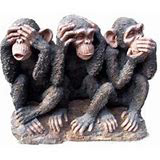 Ol' Mitch is the one in the middle.

And evil is jumping out and biting them on the ass every day.

And the two most recent members of the court are so shaky that there is little to hope for as far as separation of powers.

The really maddening thing is that I always expected the dictator, if one were ever to appear, to be smart, not a sociopathic, senile moron.