I just received this email from a long time friend.

I should say that the word "friend" describing this relationship has been an increasingly frayed piece of cloth since Tea Party Time.

I guess the raiment is finally ripped.


Here is the essence of the email:

What ass she is

Our Military and our veterans and our first responders are treated like crap!! So what does Nancy Pelosi do?? She presented George Floyd’s brother with a folded American flag that should be reserved for service men and women.
I don’t care what your stance is on the situation, he was NOT part of our armed forces nor was he a first responder!!! This is something you earn through service to our country or to your state or community. This is an extreme insult to all who served as military or first responders. 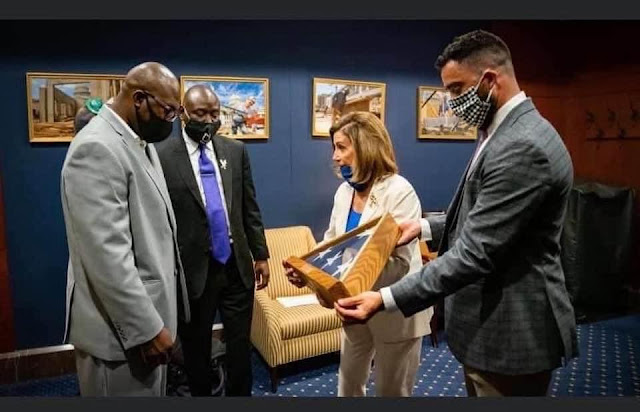 Here is what I had to say; it came out as a burst of genuine, white hot anger; I hadn't even Googled my belief yet; I just had to get out of me my hatred for the snidely smiling little pissants who roam the internet in support of the most paper mâché piece of shit that has ever inhabited the house of the American People.

It came out without thought.

But I did finish with a search for validity of what I was pretty sure was the non-cretin truth.

Where is it written?

I am so tired of assertions from the cretins being accepted as gospel that I could, and probably will, puke.

I am unwilling to accept, any more, that the mudsill of humanity, closely kindred to Kipling’s Bandar Log, have any right to be free roaming entities.

I think they should all be sent to breeding camps for the genetically inferior in some essentially uninhabited part of the United States.

Their spawn could be used for experiments on how to avoid  certain syndromes and create useful genetic antidotes to things like intentional  malignant illiteracy and  profound sociopathic stupidity.

Avoiding those characteristics, if only we had, in some previous time - like with an education system, or a health care system, or a fair and equitable distribution of our copious wealth - would have saved the world an amazing amount of impending misery.

IMPENDING MISERY COULD HAVE BEEN AVOIDED.

Here is the truth of the flag: