The Psychopath In Chief

I have been reading an article by Tony Schwartz, the guy who wrote The Art of the Deal.

The article is titled The Psychopath in Chief.

Here is a typical quote:

"The catalyst for my shift came after a friend sent me a long paper written by Vince Greenwood, a Washington, D.C.-based psychologist. Greenwood makes a detailed clinical case that Trump is a psychopath, a term that is now used nearly interchangeably with sociopath. Psychologists continue to debate whether it’s legitimate to diagnose anyone from a distance without the benefit of a clinical interview. In Trump’s case, his life history is so well documented that a thorough assessment does seem possible. As I once did up close, we can observe every day which psychopathic traits Trump manifests in his behavior. The highly regarded Hare Psychopathy Checklist enumerates 20 of them. By my count Trump clearly demonstrates 16 of the traits and his overall score is far higher than the average prison inmate."

A little later we get:

“Let’s face it,” actor and Trump supporter James Woods tweeted recently, “Donald Trump is a rough individual. He is vain, insensitive, and raw,” to which Trump blithely responded: “I think that’s a wonderful compliment. Thanks James.” Absence of conscience gives Trump the license to invent his own rules, define his own reality, declare victory in any competition, and insist on his superior expertise on subjects about which he knows almost nothing.

A little later we read:

"What makes Trump’s behavior challenging to fathom is that our minds are not wired to understand human beings who live far outside the norms, rules, laws, and values that the vast majority of us take for granted. Conscience, empathy, and concern for the welfare of others are all essential to the social contract. Conscience itself reflects an inner sense of obligation to behave with honesty, fairness, and care for others, along with a willingness to express contrition if we fall short of those ideals, and especially when we harm others.

Repentance for one’s sins is a basic tenet of every major religion, but Trump adamantly resists seeking forgiveness from anyone for anything he’s done. “I have a very great relationship with God,” he told CNN’s Jake Tapper during the 2016 presidential campaign. 'I like to be good. I don’t like to ask for forgiveness. And I am good. I don’t do a lot of things that are bad. I try to do nothing
that is bad. ' ”

The problem with this is that from trump’s viewpoint all of this is good shit – pretty accurate picture of the great man.

Ridicule of the basest and starkest sort is the only thing that has any effect.

From my viewpoint, the hoped for effect of anything about donnie is to ridicule him so mercilessly, constantly and effectively that it drives him to something really bad, like, say, ordering nuclear attacks on Beijing and Los Angeles.

Or attacking his fellow citizens while exercising their right to assemble - that's too crazy though.

Beijing and L.A. will have to suffice.

As Napoleon said – or it might have been Mark Twain, or Benj. Franklin – “you have to break some eggs to make an omelet”. 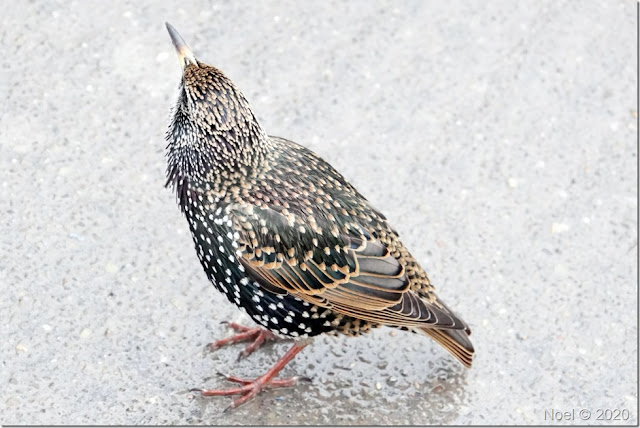 Posted by Noel McKeehan at 9:19 AM