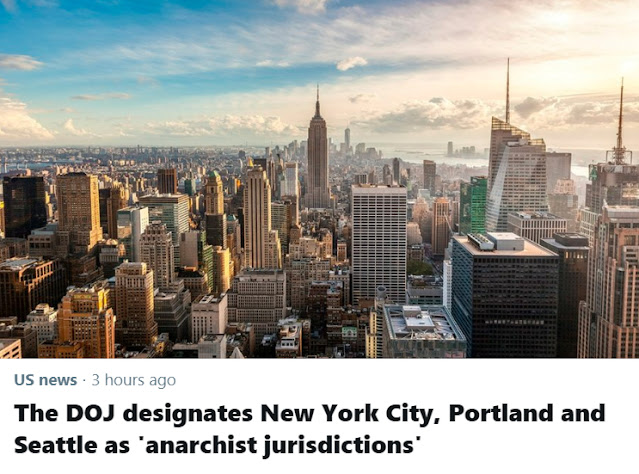 I have never been so excited in my life as when I saw this news.

I was born in Seattle, left for Portland when I was five years old and have been back in Seattle since 1992.

After leaving Seattle in 1948, I grew up in Portland and only left twice: when I went into the Air Force - I returned to Portland after that - and when IBM asked me to begin the Trek d'IBM which ultimately returned me to Seattle.

I guess anarchy just always brings you back.

Being born in anarchy in Seattle, and moving to and growing up with anarchy in Portland, wherever I was in between couldn't undo the anarchy bred into me early and often.

I should warn Jefferson City, San Angelo, Clovis, Boca Raton, Omaha, Atlanta (really Alpharetta) Spokane, Saigon, Fukuoka, and Upper Saddle River that, since I once lived in all of them, they will probably be added to the list.

Upper saddle River - being close to NYC - is probably why New York is on the list.

A perfect trifecta, I would assert.