After numerous generations away, with no contact, due to the "nuclear troubles of the last days of civilization on Earth" we have returned.

"We" are a multi-species, multi-instance-of-origin group.

"We", since we escaped just before the last great days of planet earth and became cosmic wanderers, have joined with other wanderers, and have interbred where possible, and inter-leaved our consciousnesses in all other cases.

On this date, as noted, "we" are returning to one of the major pseudopods of a formerly great inter-galactic Republic.

"We" have the mission of trying to discover what it was that happened here, so catastrophically, so long ago.

We have excavated - removed eons of dust and detritus - from an area of interest, designated by our Historic Records Officer.

We have found a massive icon: 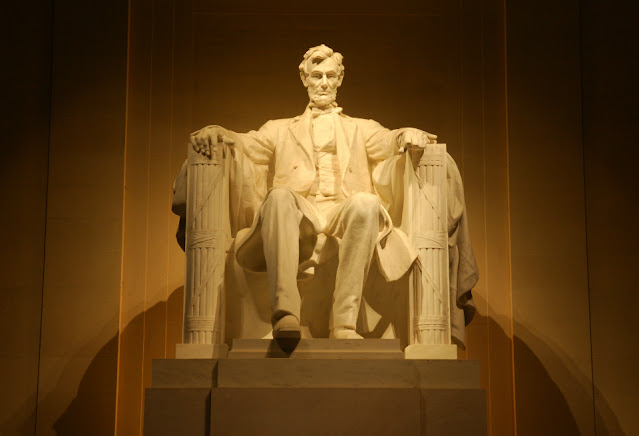 On the base of the massive icon was a message scribed in an ancient language.

Computer has translated it.

We are vacating this quadrant permanently.

There is no value left here.

Posted by Noel McKeehan at 7:33 PM