It’s been about twenty four hours since donnie pulled the rope trigger on his fog machine and out popped a Kavanaugh.

I always thought that that name was spelled with a “C”.

Must be a different branch of Catholicism.

But, back to the story.

And then some kids popped out.

And then an apparent woman popped out.

And then we heard the theme song from Leave it to Beaver.

And then all the republicans shrieked with ecstasy.

And then the factotum spoke.

And the history of the Republic began to fade into oblivion in my view of it.

And then, I couldn’t help seeing slime begin to traverse the arena.

Have any of you ever seen The Blob?

And I keep seeing a great orange one every day.

It slides under the door of America.

Other times it speaks.

It actually has the head of a goat.

I was in Paris that day. 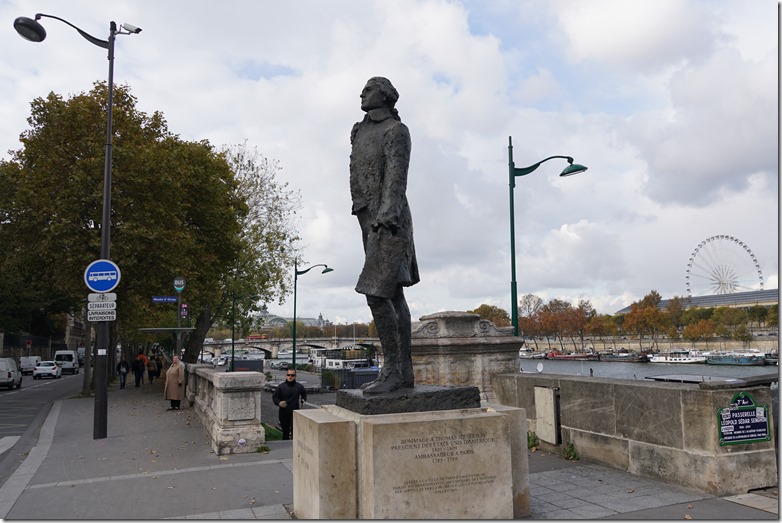 As an afterthought, I can’t help but say: Thailand and the Wild Boars give us all something better than the slimy donnie and the slimy Kavanaugh and Mr. K’s slimy family are.

Better to have heroes than slime.

Or so it seems to me.

The statue is Thomas Jefferson – a la Seine.