donnie and his sycophants, cabinet member imposters, ne'er-do-well hangers on and hoards of republican lackeys all have several new programs and policies to make america great again.

Ending the Western Alliance, dismantling the World Trade System and fostering relations with the worst of the world’s leaders are among the most popular.

But hands down the most widely endorsed is building a wall on our southern border, barring any of those brown skinned Spanish speakers who lurk furtively south of that border from getting in to our rapidly greatening america and purging as soon as possible all of that ilk who have managed to get here already, including those who have become or been born citizens.

I got an email from Medicare the other day telling me I was going to get a new Medicare card pretty soon.

(I must be pretty old, I thought to myself.)

Since I didn’t have enough to do I went to the link that the email said would tell me whether my card had been mailed yet.

But there was a picture of what it would look like when I did get it.

I am posting that picture here with arrows pointing to the WTF? of this post. 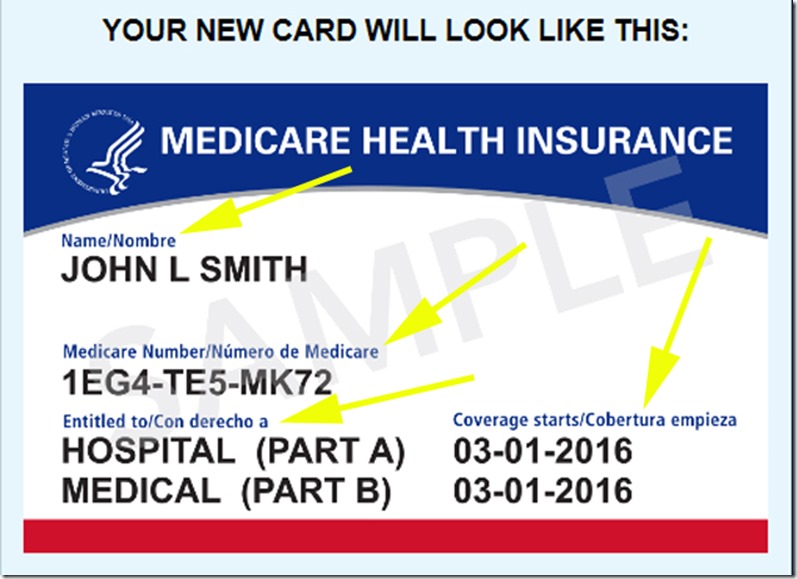