Some time ago my wife bought me a folio of the pictures of Eugene Atget.

She probably did that for a variety of reasons, but one was that she knew I would be interested in seeing a volume of images of Paris taken a long time ago by a master.

I have been wandering the streets of Paris for several years taking pictures – one five month period’s images drove my digital image count on an out of the box new camera past 10,000 to 00000; seeing Monsieur Atget’s work was indeed a spiritual experience.

One of the things that was fun was the number of images he had taken that I have also taken.

One of the other things was that he had taken genres of images that I have also taken.

An example is “images of window displays”.

That is sort of spooky – like making new dinosaurs out of blood extracted from a mosquito preserved in amber.

Anyway, here is an example of the modern day phenomenon.

I took this in Bordeaux, not Paris, but it works just the same. 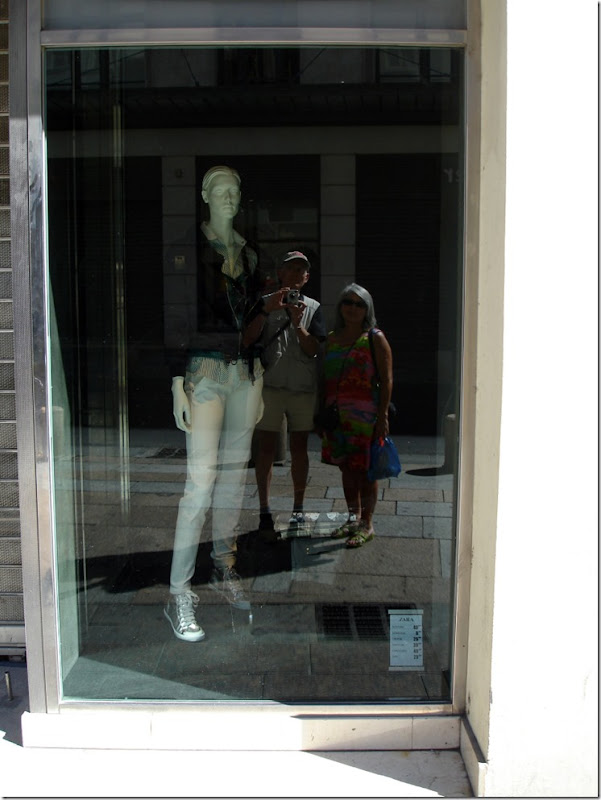 But to make it an homage, here it is in grayscale: 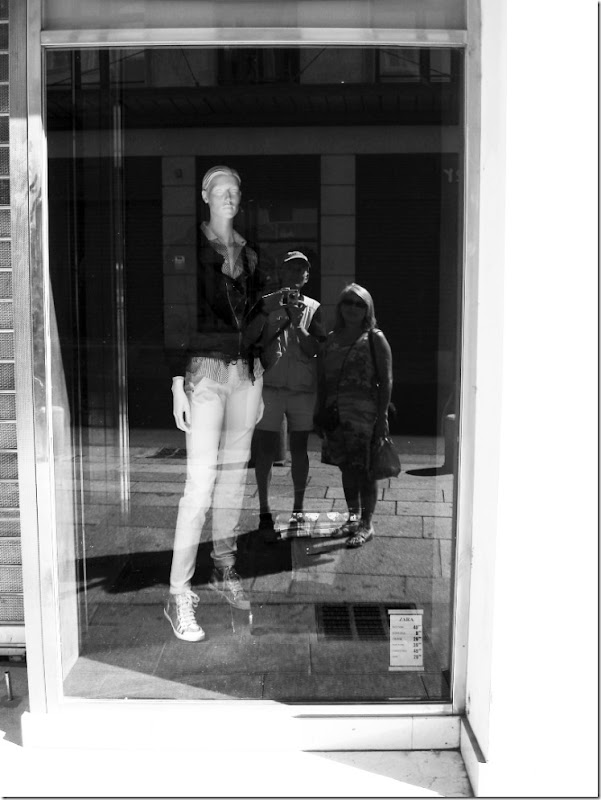 Unlike Monsieur Atget, who had to lug around huge and heavy cameras and equipment, I had a little almost weightless digital camera.

And I have absolutely no idea what I am doing when I use a camera.

Posted by Noel McKeehan at 9:52 AM