We had friends visiting over the weekend.

I was driving to the Village to go to the store for some supplies and a couple pieces of that great LVM fried chicken when the car started swaying side to side like a boat.

I get seasick really fast.

I thought the car must have had all four tires lose most of their air and that that was making the thing sway and squirm and rock from side to side and from front to back.

I knew that that wasn’t true; I was sure it was something wrong with me, but it was a thing so far outside anything I had ever experienced that I clung to the belief that it was the car.

I even pulled over and kicked all the tires; they were hard as tires.

In spite of a cold sweat and a mounting desire to puke I kept on to the market where I finally faced the fact that I couldn’t walk a straight line and would be arrested for public drunkenness if I tried.

So I opened both front windows, letting a beautiful cool wind into the car which made the squirming, rocking, nauseating life I had suddenly found myself to be existing in, possible to navigate; and it dried the fountain of cold sweat that was pouring off of me.

After Mysti and I Googled symptoms ad nauseum (odd isn’t it?) and settled the fact that I was having neither a stroke nor a heart attack she called 911 for some advice.

They are designed to act, not to advise.

I had – some of them remaining attached to me until I found them the next day when I took a shower – multiple suction cup attached electrodes on me and a big boom box looking sort of thing talking to the electrodes in no time.

It’s amazing how much work five dedicated women can accomplish in no time.

The boom box kept saying that I was healthy as a horse.

Then I started puking.

That was received with applause.

After some more electroding and stuff they gave me a shot to control nausea.

I thought about talking about Sartre but decided against it.

Then a physician on the phone on our father island said that I should go to the clinic.

The reason we had called 911 in the first place was because the clinic doesn’t take drop ins any more.

They have recently reorganized under a different medical organization and improved their operation so much that they can’t take ER incidents any more; it’s sort of like the vino Rossi I mentioned in a previous post that the ferry had until it became so popular that it was too hard to keep it in stock; so they discontinued offering it.

So I went to the clinic on a gurney.

They said I was healthy as a horse and needed to come back the next day for deeper analysis.

I did fill the anti nausea drug prescription; I didn’t go back for deeper analysis; the pills and shot made me sleepy so I went to sleep and woke up after a couple of hours feeling hungry – I hadn’t gotten my fried chicken – and refreshed.

I think I can recommend without reservation a 911 encounter with the Lopez Island EMT.

Not long after I woke up Mysti went to the ferry landing to pick up our guests.

Unfortunately they had gotten on the ferry to Friday Harbor – they left their car in Anacortes and walked on – so they weren’t going to be with us until mid the next day, ferries from Friday Harbor to Lopez Island being not a frequent and convenient mode of transport.

By the time they arrived the next day we had finished all the cleaning and primping that had been not done due to my swaying and squirming episode.

We all had Campari spritzes and started laughing and being happy.

We did have some tales to tell and share.

The insects and guest deal happened the next day when Brian came out of the guestroom with a bug on Pendleton shirt. 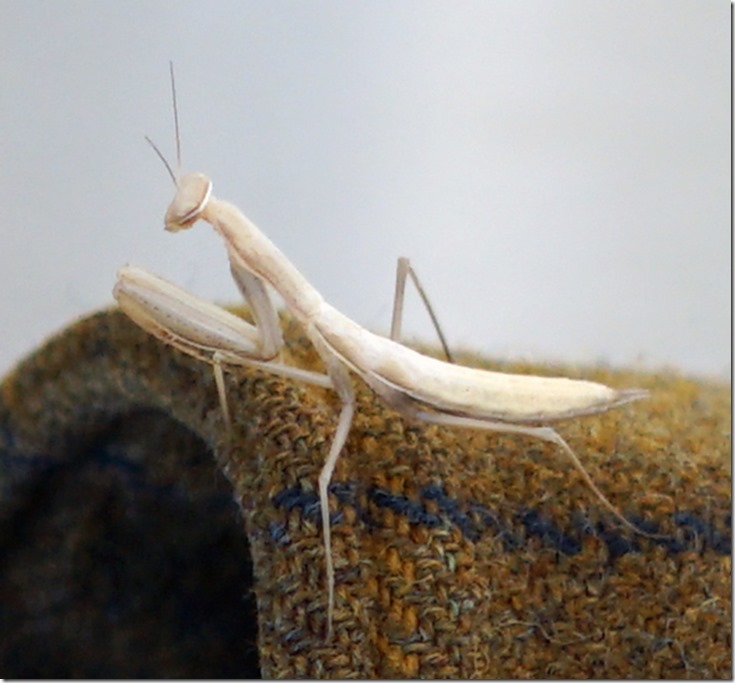 The other one was the next day after they left; I saw a dragon fly on a poppy seed pod. 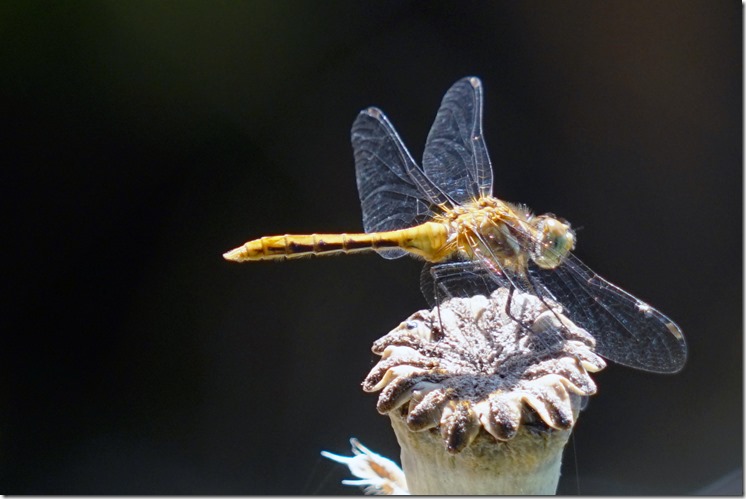 Posted by Noel McKeehan at 7:10 PM