A little more than seven years ago now I was in Paris for two months.

I was in an apartment that my landlord had named Crazy View.

There were some crazy views from its fourth floor vantage. 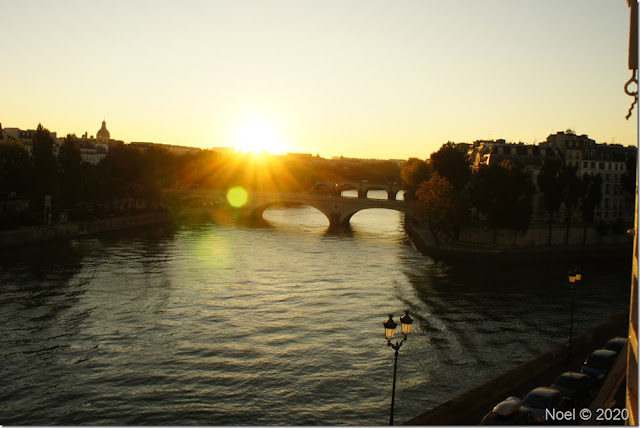 Obviously, I loved living there.

One day it was time to try a Face Time call to my wife who was at that time on Lopez Island.

She showed me Cinq.

It had turned out that the feral cat that we had been feeding for several years wasn't a male (orange cats are all male, we had heard) but, instead, was a female; and she had had a litter.

My wife had found four of them in a HVAC tube: all one had to do was pick the tube up at both ends, and voila, one had a tube full of kittens.

She also, at risk of personal harm, trapped the mother cat - by then named Gynji, which was a change from her assumed to be male name of Gympy, since he/she has a withered right leg - in the sun room. 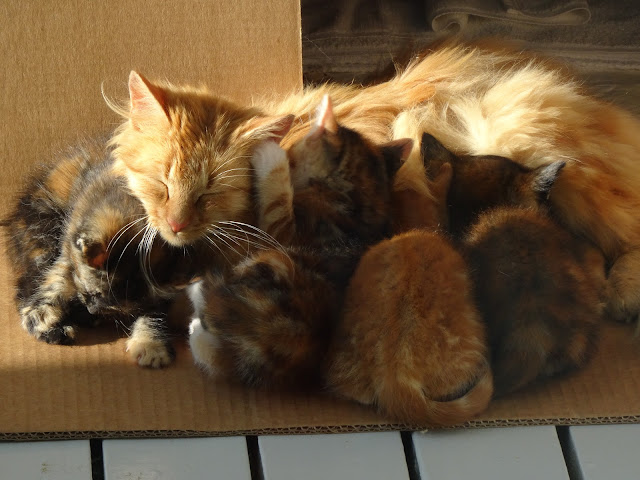 My wife contacted the Lopez Island cat reclamation center and found out that the kittens needed to be socialized to humans post haste: they were wild animals and if they didn't get comfortable with humans really fast they would never be adoptable.

So my wife shut the four in the bathroom and began to socialize them.

Food was central to socialization.

When they were fed they all growled like little lions.

I was in Paris so I don't know if that is true or accurate, but my wife has never been inaccurate in our life together, so, I think that they probably growled.

My wife kept hearing a faint kitten like cry - for several days; finally she pulled the access panel on our deck and looked down; down there was a fifth kitten; it was Cinq; he was almost dead; but the local vet brought him back; and my wife showed him to me on the Face Time call.

We kept three of those kittens - Cinq chief among them - and the other two found great homes.

It was a coupe de chatons.

And we have learned to become a family: the cats tolerate their humans and the humans absolutely love their cats.

Here they are as adults. 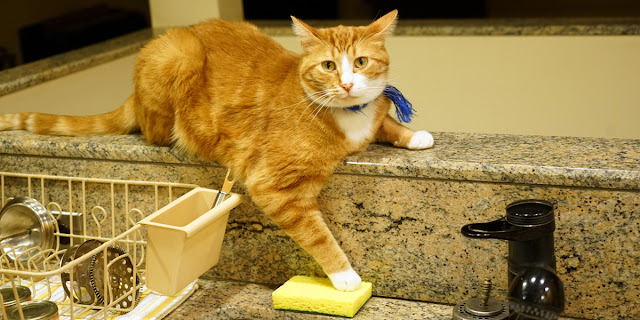 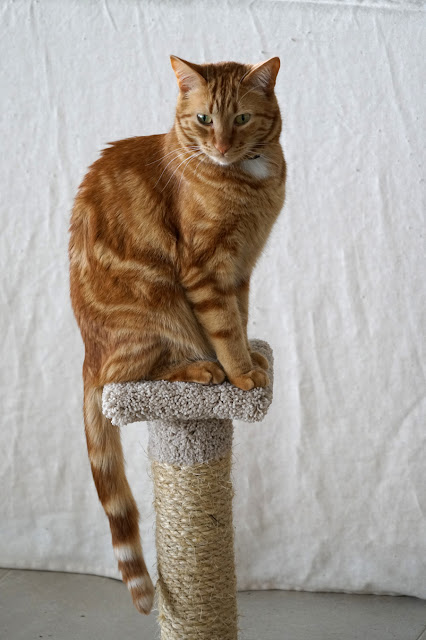 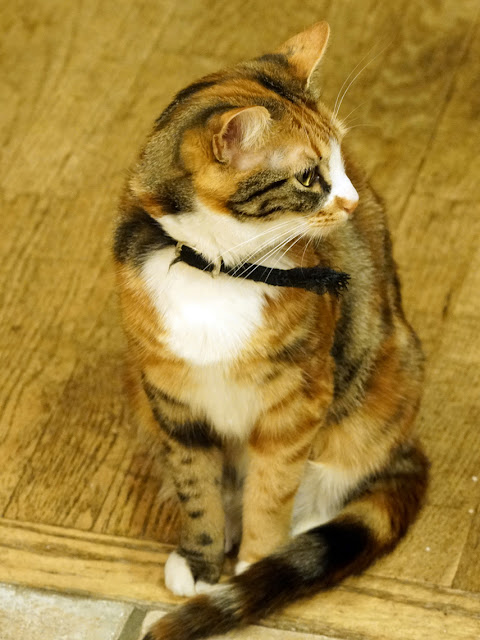 Posted by Noel McKeehan at 8:59 PM