Sometimes All One Needs Is A Cat

Outrage is loose in the land.

An articulate, intelligent and well educated (even though they are, so far, only in high school) segment of the population has said with vigor, “we have had all of thIs bullshit that we are going to be willing to take”.

donnie got right on it.

“There isn’t any collusion and the Russian thing is a hoax and, any way, donnie jr can’t speak Russian. And if he could he wouldn’t have talked to any Russians – he doesn’t even know any Russians – and the FBI needs to be disbanded because they didn’t follow up on all that stuff about the Lakeland killer; they are were too busy persecuting me and my family. And so the whole system is rigged, and everyone knows it, and everybody is demanding the resignation of the FBI Director who has been mercilessly persecuting me and my family.  He is totally responsible for the death of those students and I am not guilty of collusion in any form or manner.”

The one good thing, it seems to me, that might come out of this, is that an indomitable, well educated, and articulate segment of our population is really pissed.

And they are going to challenge the cretin president and the cretin legislature, and, if necessary the cretin supreme court.

They are not going to accept that “now is not the time, and our prayers and thoughts are with you.”

They have seen this charade before.

Too many times before.

They are going to bring the “system” down if needs be to get rid of the (have you ever wondered how the “originalists” could have reconciled the words of the second amendment with the technology of latter day killing?) NRA, Koch, Big Pharma, Big Oil, etc. etc. owned government that those of us that would like not to live in a militia set of provinces would really like to see brought down.

And here is a picture of the cat who whispered in my ear, in cattish, that I should write this post.

I might have missed some of the nuance of his directive; I am new to cattish. 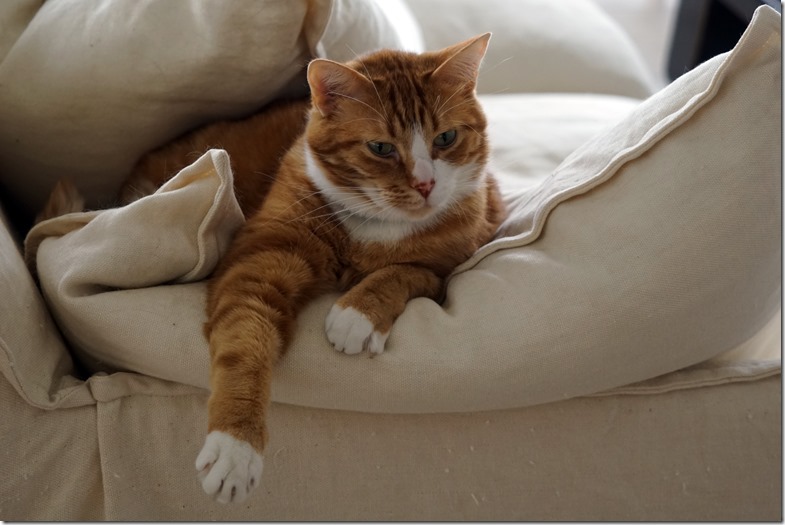 Posted by Noel McKeehan at 8:53 PM