Images For The Day After My Birthday 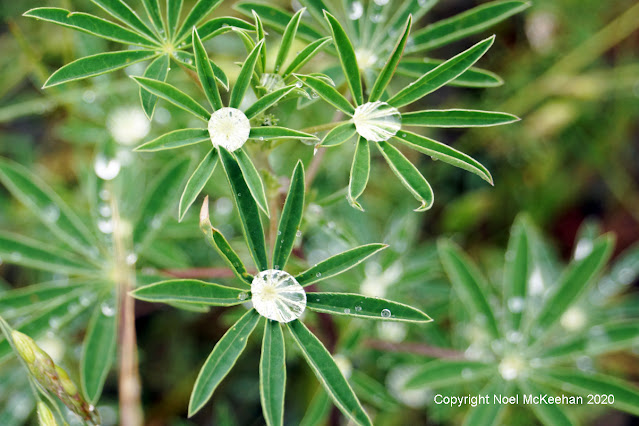 I started walking at river level on the Seine instead of up on street level in 2014 or so. It was a completely new world that I didn't know existed until I walked down my first stairway. One of the differences was how many swans there are. 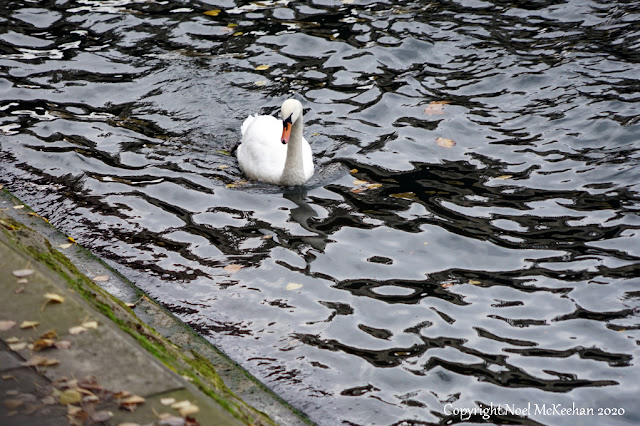 Speaking of different points of view, seeing a Deux Chevaux from above doesn't change anything.
It is still an amazing little vehicle. 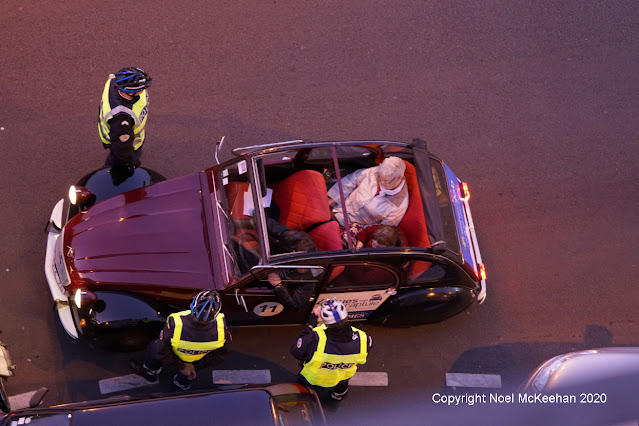 Or people having a conversation.
Both the car and the people were from four floors up. 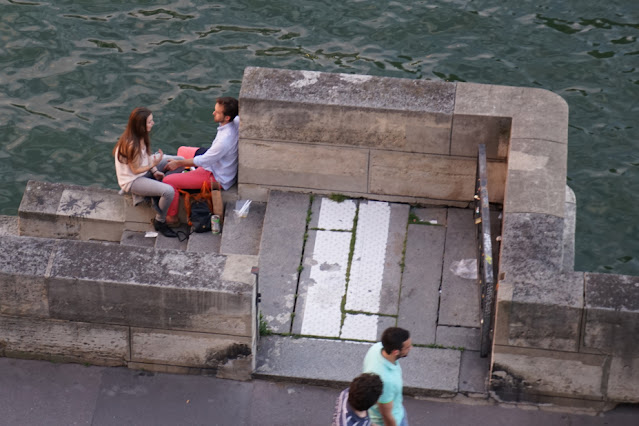 Other than being reasonably sure that this is in Paris, not elsewhere in France, I have no idea
where I took this one. 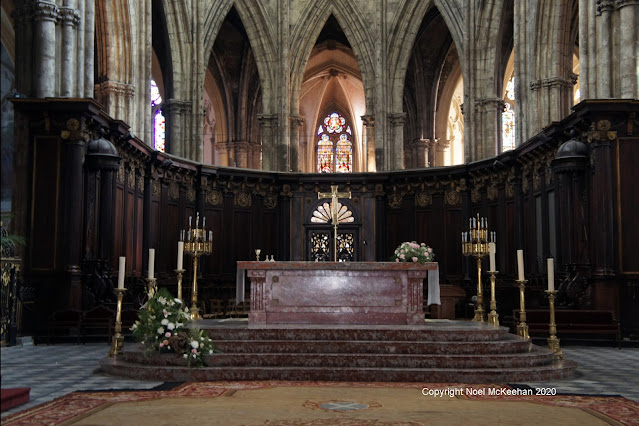 This was somewhere on the Mediterranean in Langue d'Oc. 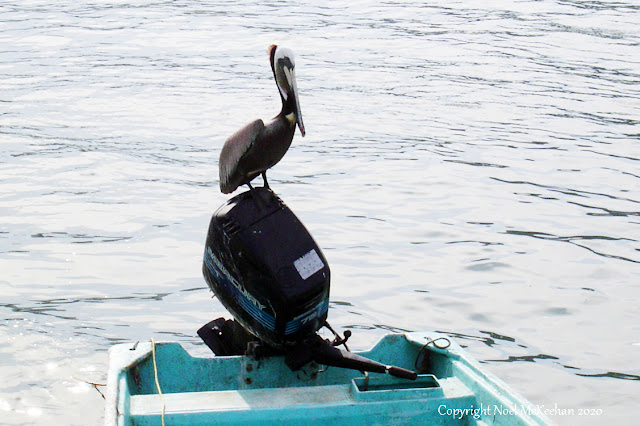 Japanese crabs are destructive of our native Dungeness variety. 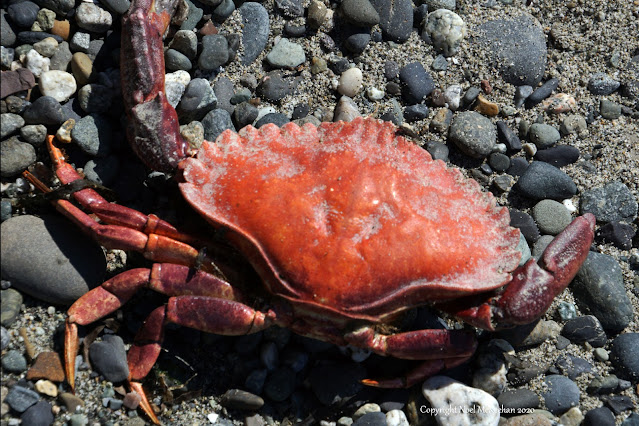 This is the only decent image I have of a male Anna's Hummingbird. 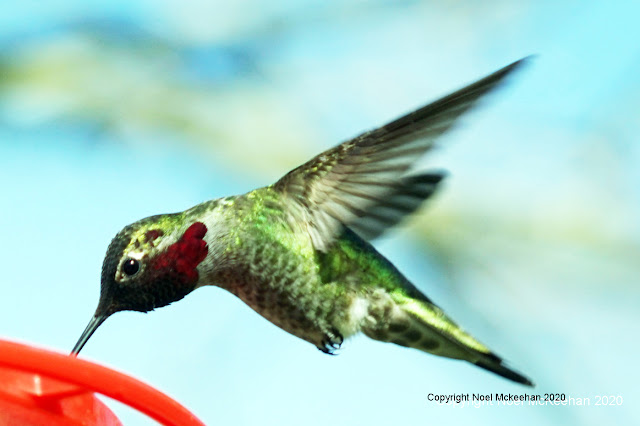 This is a Lopez Island lady bug; I have pictures of whole colonies of them from New Mexico. 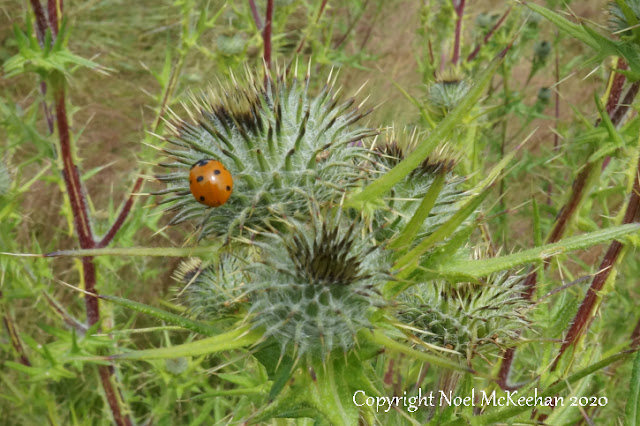 For some reason I have lots of decent images of male Rufous Hummingbird. 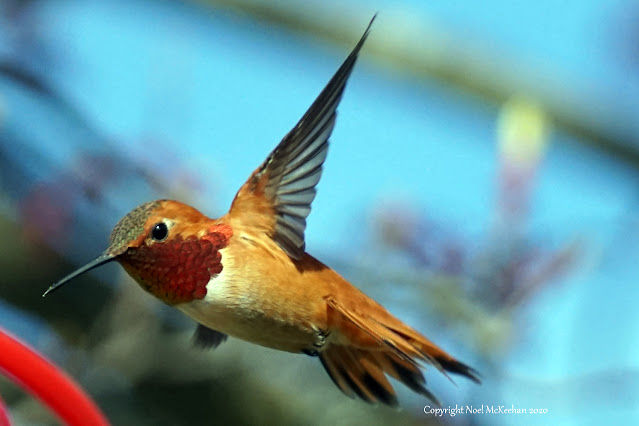 Flickers are under-appreciated woodpeckers, I think. 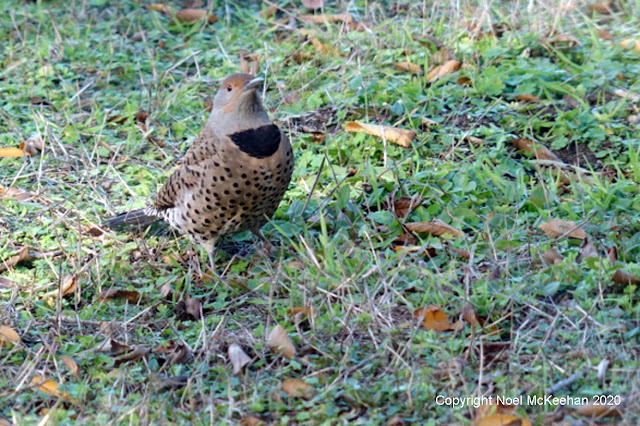 Dandelions are under- appreciated flowers, I think. 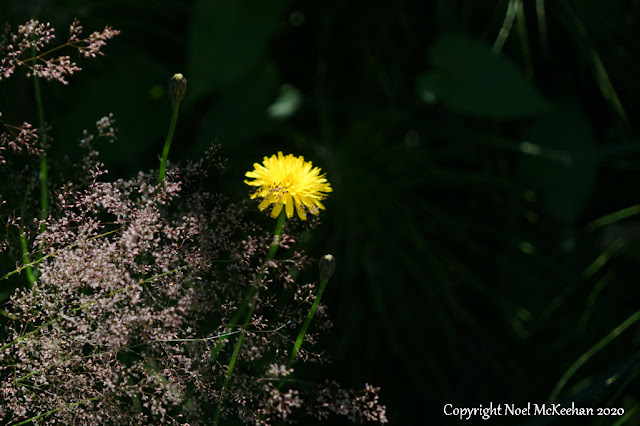