Signs In The Sky And On The Skyline

It started when I was brought up short walking down the Seine one afternoon.

I hadn't been to Paris for a couple of years and there were a lot of new things to see.

Les Berges were completed and beginning to become a new ecological niche on the river.

The highway that had held the priceless real estate that skirts Les Berges had been turned back to foot traffic and food stands.

I had heard of these things as they were announced and developed: the Mayor of Paris kept us all informed via big tasteful bill boards over the years that the project was brought on stream.

But somebody had sneaked something else in.

I was looking across the river and stopped in my tracks. 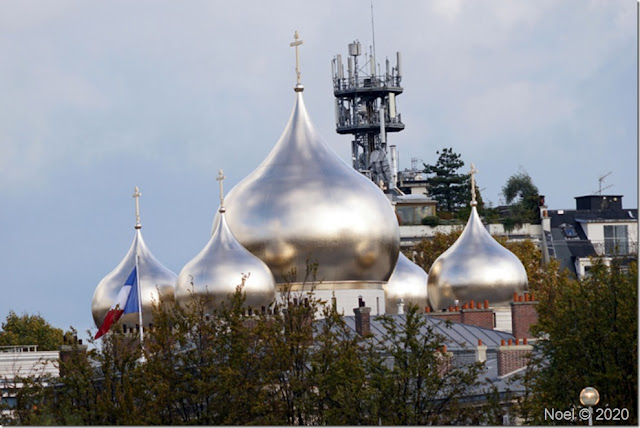 Had the Muslims sneaked out of  les banlieues and declared a sharia republic?

Opposing that knee jerk I noticed the crosses.

Then I noticed the flag: the stripes were horizontal, not vertical.

"Russians" I muttered to no one in particular.

I had a flash back to Jonathan Winters proclaiming "we have to get organized here".

At least the Muslims hadn't taken over in my absence.

But it got me imagining.

Constantine saw a cross with some words in the sky: "in hoc signo vinces".

He went on to win a battle and to declare Christianity the official religion of Rome.

I wonder what he would have done if he had been awake this morning early on the east coast of the United States? 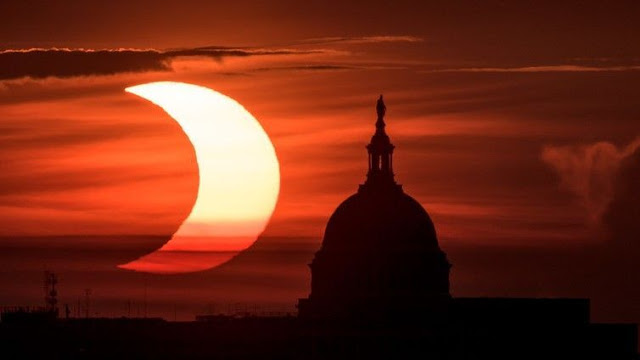 This amazing image is by NASA's senior photographer Bill Ingalls.