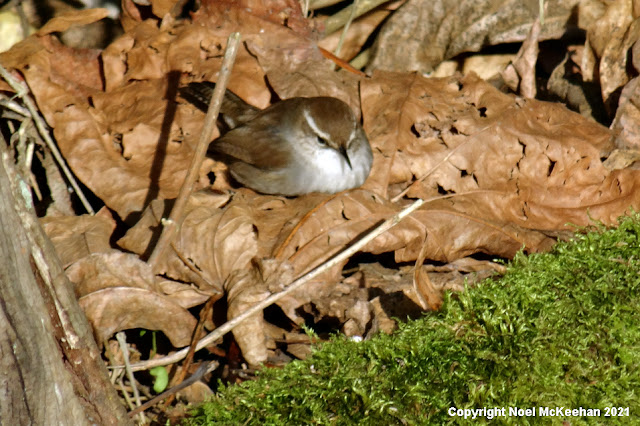 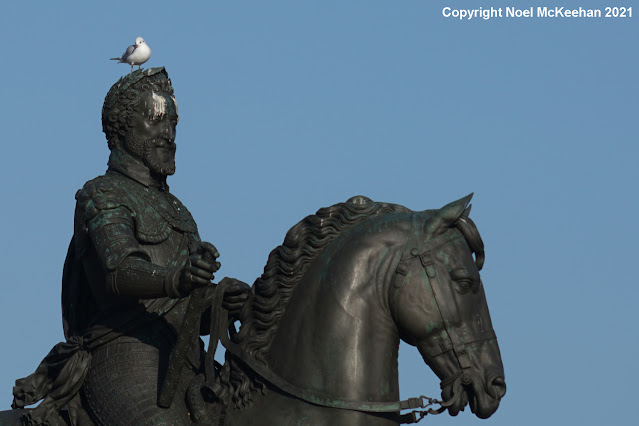 I had been trying to get a picture of some parrots in le Jardin des Plantes and had given up and stopped under some trees to contemplate my next move.  I started hearing "crunch, crunch, crunch" above my head; when I looked up the tree was full of parrots eating seeds.  I got a lot of pictures. 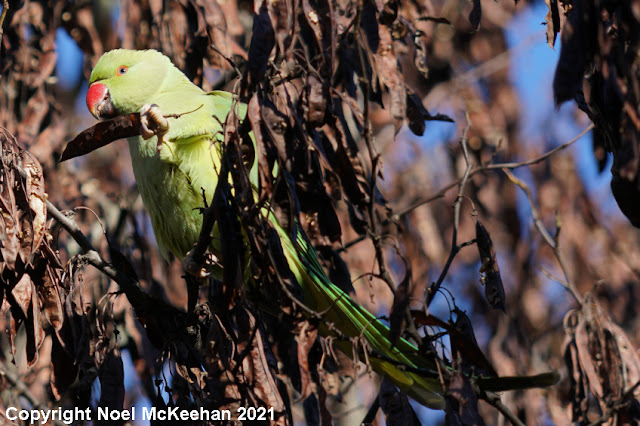 This is also in le Jardin des Plantes; I have no idea what it is, but it looks as if it would be good in white wine with a side of wild rice. 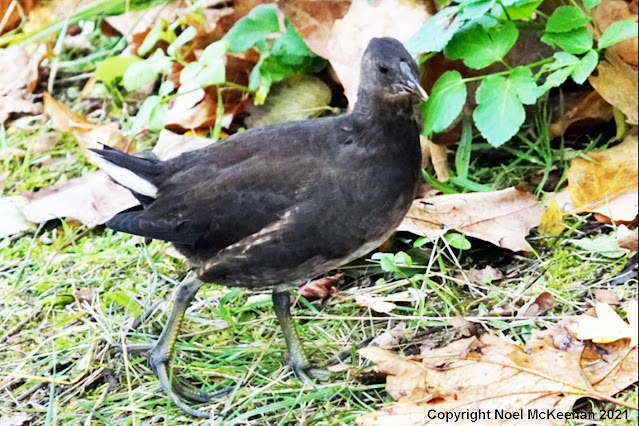 A female merle noire; they don't look to be of the same species as the male. 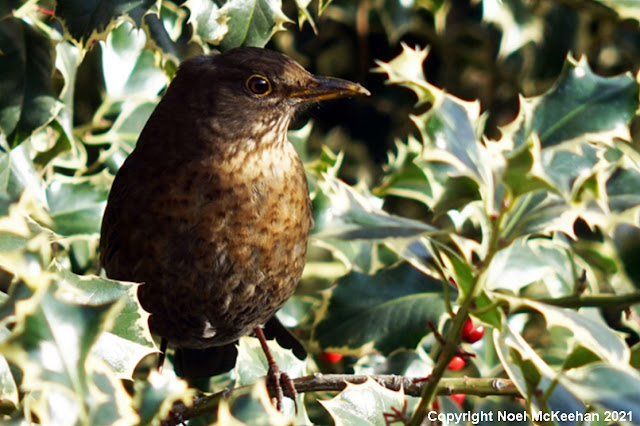 Speaking of cousins, this is a pretty colorful chickadee. 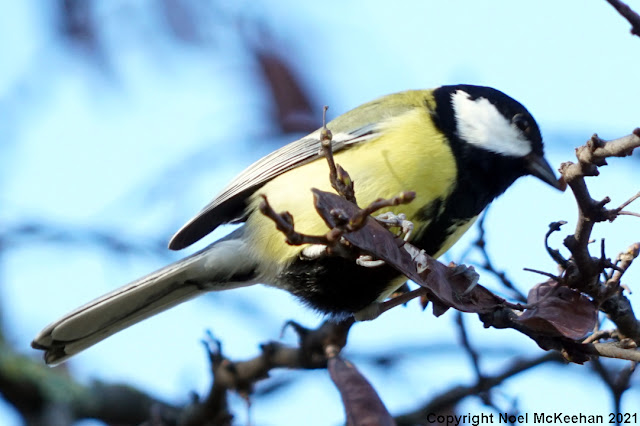 English Sparrow in France; I guess they fly back and forth; sort of a Chunnel kind of lifestyle. 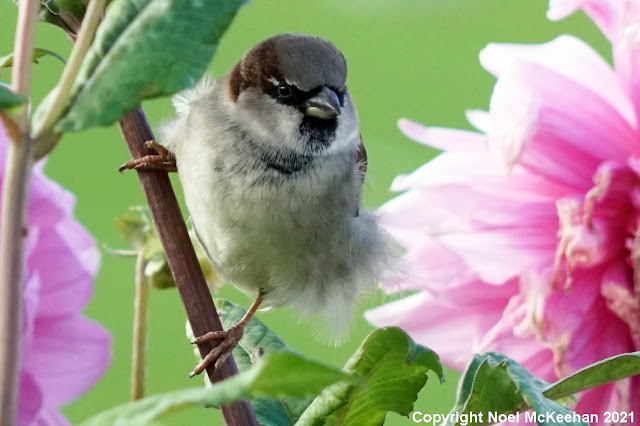 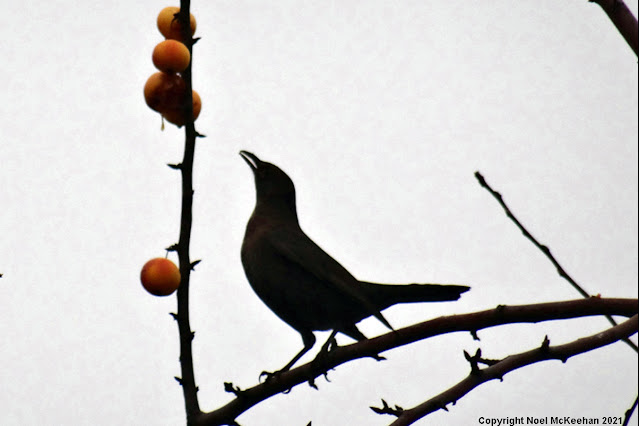 White Crowned Sparrow welcoming the dawn.  Either that or impersonating a rooster. 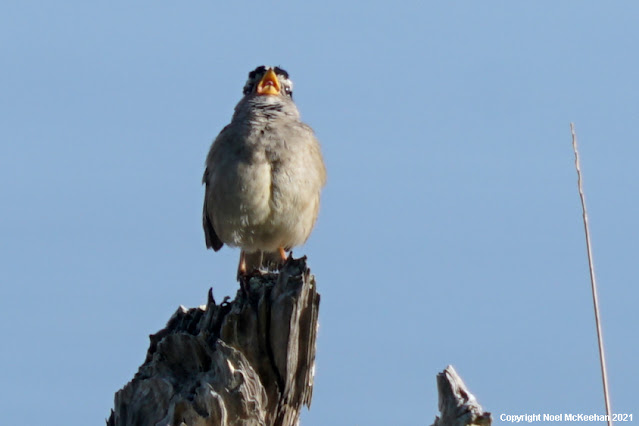 Song Sparrow.  If he had a light colored lower mandible he would be Fox Sparrow. 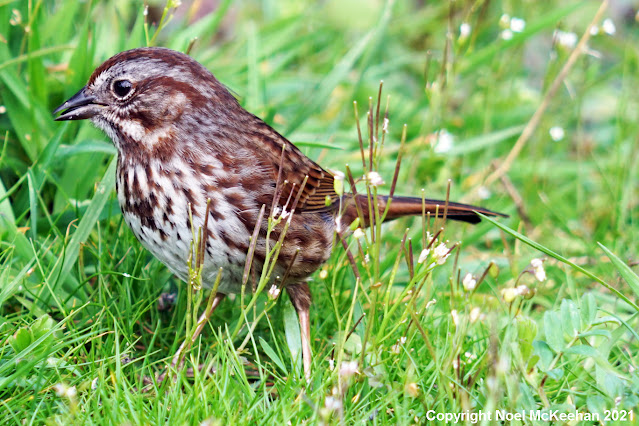 When they fly they look to be from that time so long, long ago. 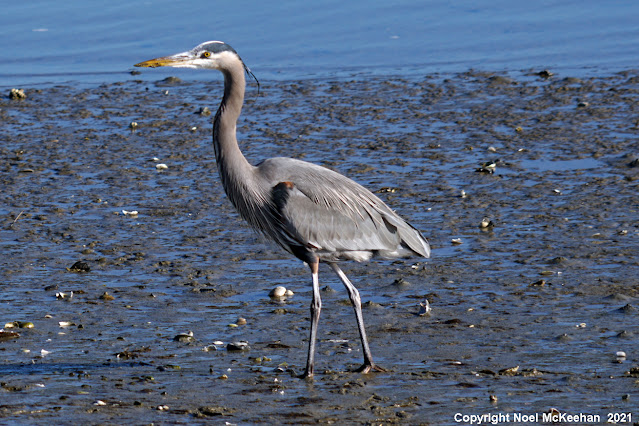 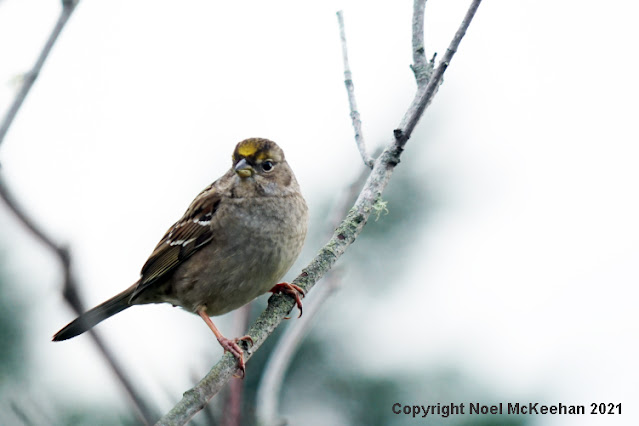 A Lopez crow wishing we had persimmons.  He's thinking of moving to France and le Jardin des Plantes.  Not sure of quarantine protocols though. 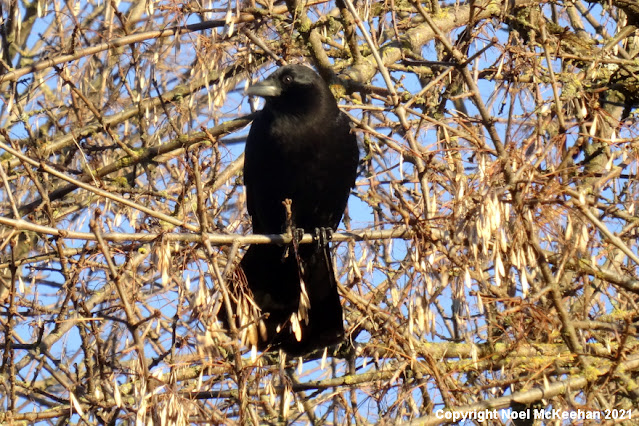 Lopez Bewick's Wren wondering what ever happened to his cousin in Seattle. 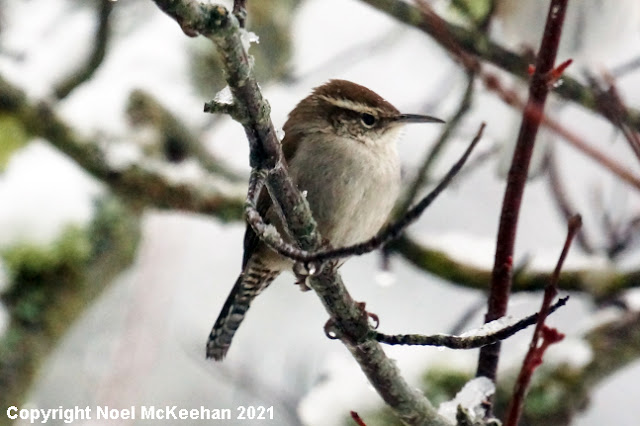 Posted by Noel McKeehan at 3:08 PM