The Eiffel Tower Is Such An Interesting Subject

The first time I had constant exposure to la tour was in 2005.

That was because I had rented an apartment in an alley spur off of Avenue Rapp.

Avenue Rapp runs right up to Champs de Mars, which is where la tour resides.

When I signed the rental agreement I hadn't know that fact; I didn't realize it until the afternoon of my second day in the apartment.

I was walking somewhere in the neighborhood and it was getting dark and there was a giant lighted up thing that turned out to be the tower. 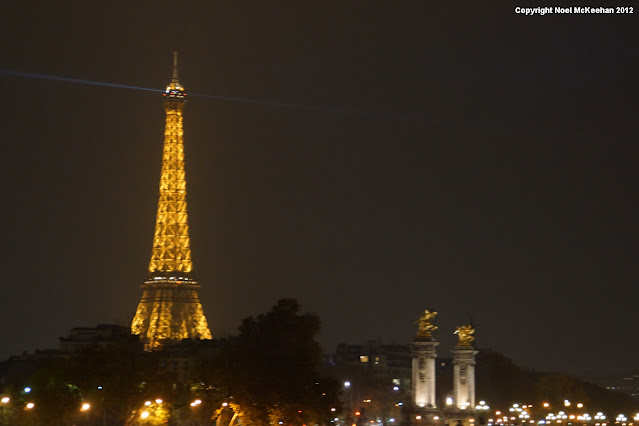 I rented that apartment for a couple of years, but then it was taken off the rental market.

In that time I took an amazing number of pictures of the tower.

They were all dramatic, and many were night-time, like the one above. 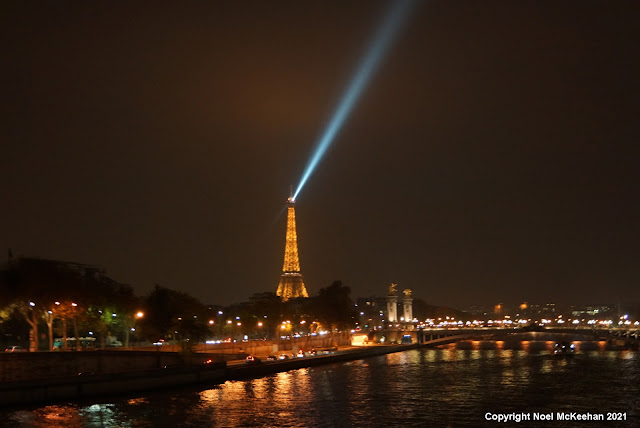 After losing my 7iem arrondissement apartment, in 2007 I found my current landlord and the apartment that I have rented ever since in my native habitat, the 6iem.
I had to learn a lot of walks to get back to the tower and more pictures.
In the process of learning all the ways one can come at the tower I learned that there were a lot of less dramatic, but a lot more interesting ways to shoot pictures of la Tour Eiffel. 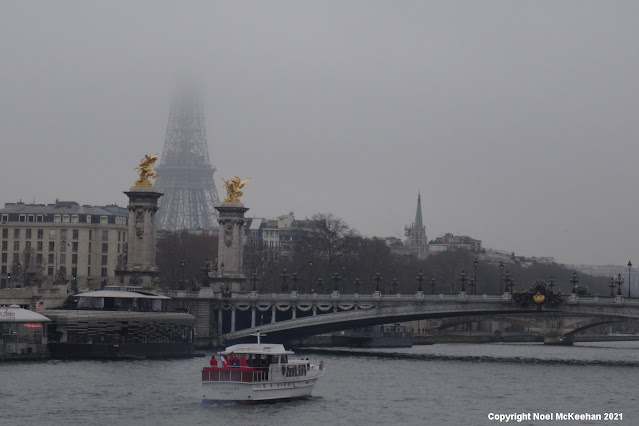 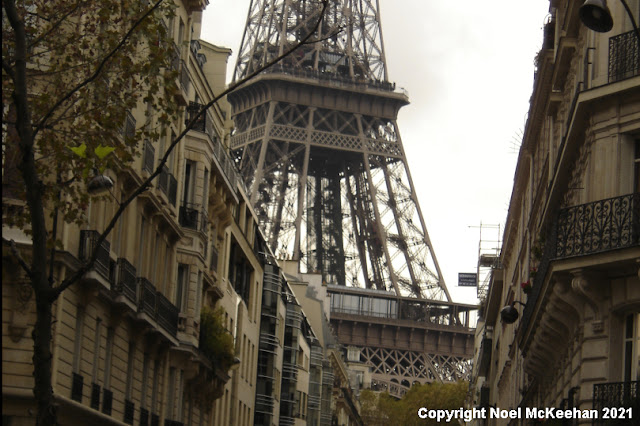 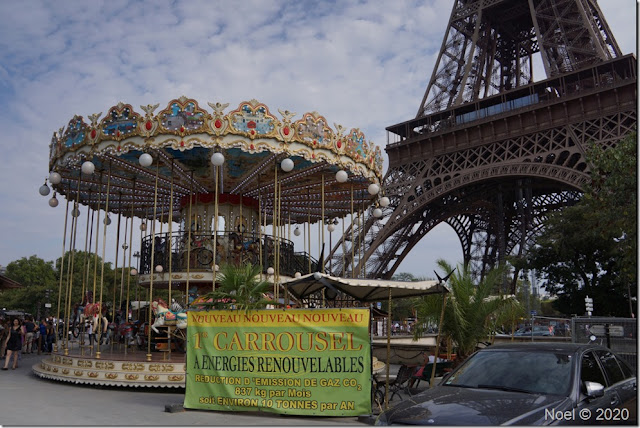 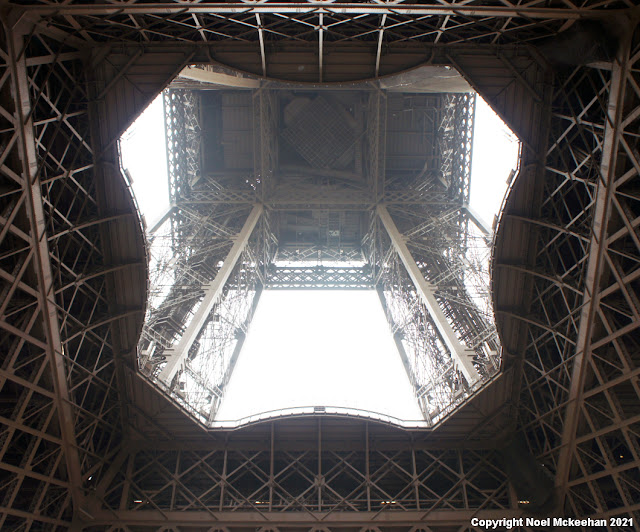 Posted by Noel McKeehan at 3:48 PM