One afternoon in 2012 my wife and I were staying in Paris in the apartment that I usually rent.  We had been to the market earlier and gone long on olives.  It was a nice day so we decided to move out to the terrace. 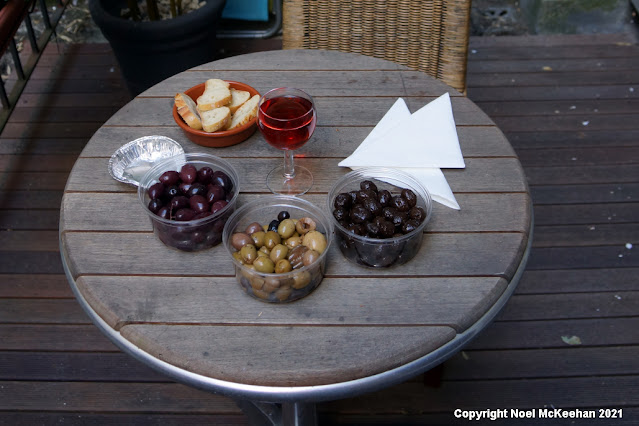 Another apartment that I sometimes rent in Paris has a fairly spectacular view of life on the Seine. 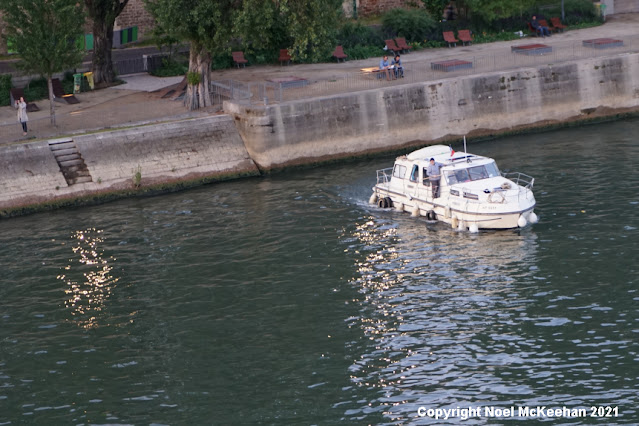 The red and blue-green things are the leaves of a succulent that lives on Shark Reef on Lopez Island. the flowers are kind of a surprise. 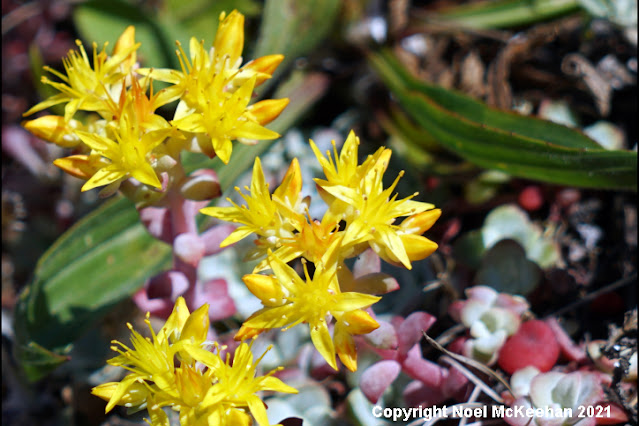 Oyster catchers need a long bill to delve into the nooks and crannies of the rocks from which they extract their food.  I have never seen it but I imagine that the bill might be good for opening oysters.  I have no idea why it is so bright red-orange. 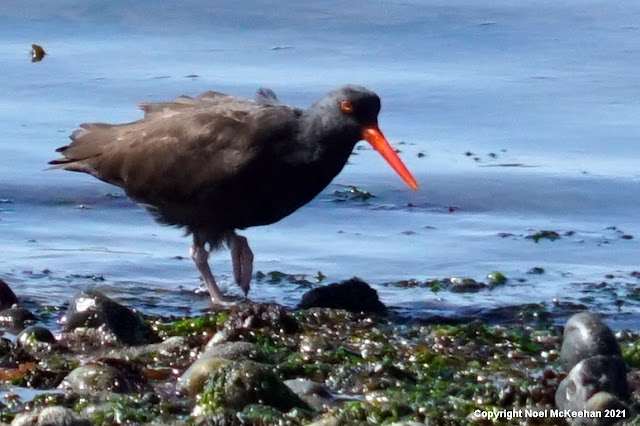 Posted by Noel McKeehan at 5:13 PM