Walking down the right bank heading upriver; that's the American Church's steeple in the distant center; the American Cathedral is more or less at my back on the side of the river that I am walking. 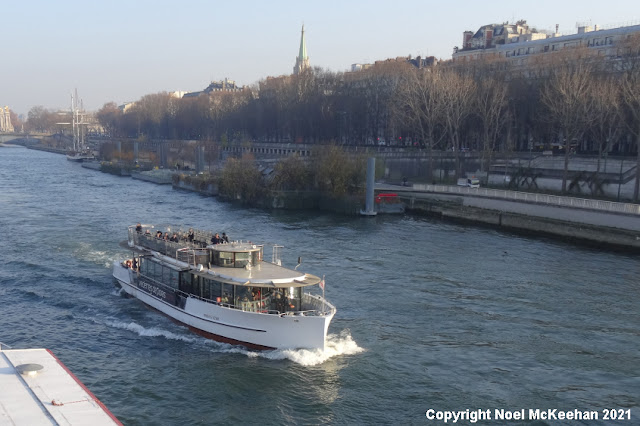 Imagine playing Jesus and walking across the river from where I have put you in the above image, and come back to land where all that greenery is sticking into the river - that's les Berges, an artificial little archipelago, which gets more wildlife friendly by the day - and head down river in the direction of your Church; that's where this sculpture is, in front of Musée d'Orsay. 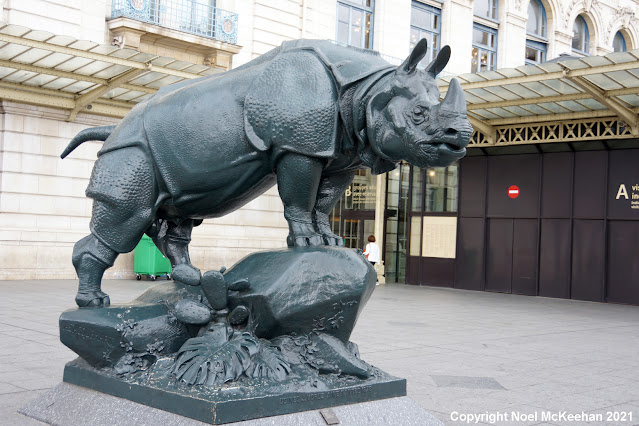 This is just inside the portals into the Tuileries at the terminus of Pont du Carousel.  The big thing is le Arch du Carousel; they put it up honoring some one of Napoleon's victories.  That piece of ground plays a significant roll - roll as in, it's a character in the book - in A Curious Confluence. I think that is also more or less where the bomber nearly got Napoleon. 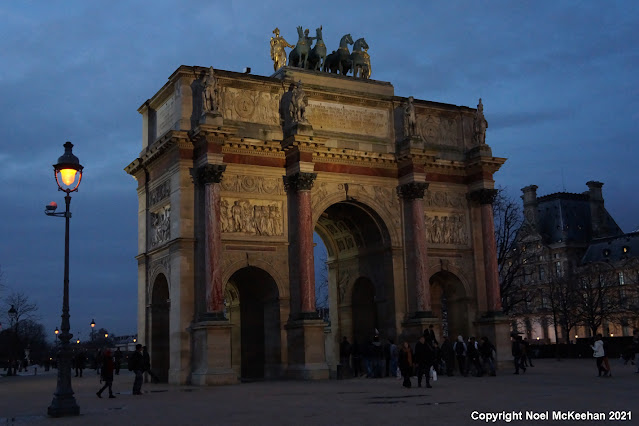 Posted by Noel McKeehan at 6:25 AM