I saw this morning that Hyatt Hotels had taken some sort of "distancing" action from their just departed weekend guest CPAC - the American Nazi Party.

The distancing was said to have been taken because of the fact that CPAC had utilized the Odal Rune in the theme of their weekend fascist encampment.

I am playing that all back as if it were English; to me, this morning, I felt as if I were reading Arabic, a language whose alphabet I still remember well enough to sound out the words in an Arabic sentence, words for which I have mostly no idea of their meaning.

But I was curious about what was going on there.

So I searched for "Odal Rune" and I found this: 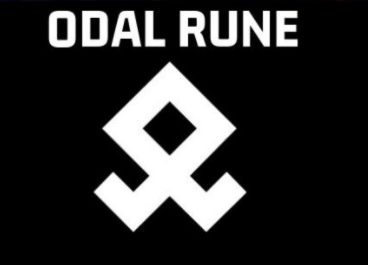 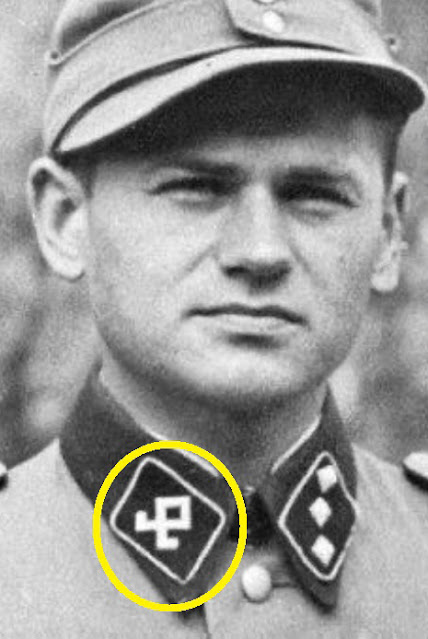 I was by this time staring at an image of the weekend's CPAC stage, with donnie at its center, and having no idea how the rune had any relation to CPAC.

Then I got it.

If you select the stage out of the colorful trappings surrounding it and put it next to the rune, and flip the rune you get what everybody is talking about: 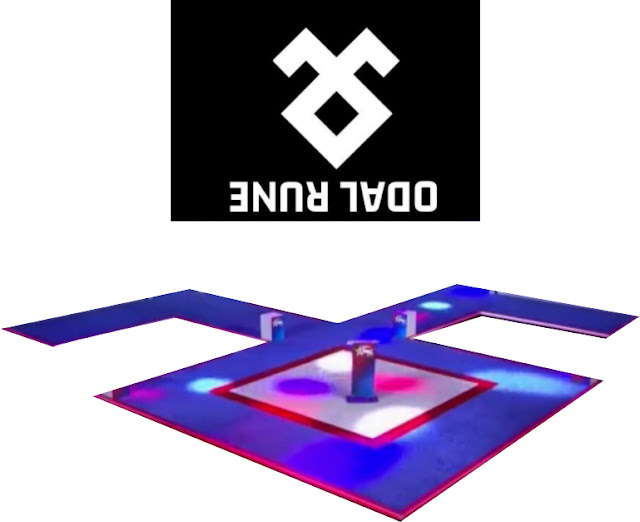 Posted by Noel McKeehan at 3:38 PM