Paris In The Rain

When the leaves finally begin to fall in Paris there is a brief period of random, helter skelter beauty cast about by the green things of spring and summer turned brown.  The only thing I know of in the same league with this phenomenon is the fall of leaves that were every Autumn on and in the street in front of my parent's house in Portland.  All the kids would run out and jump into them and throw them in the air and gambol in and among them - when they were still tinder dry, and then, since they were tinder, dry we would rake them into piles and burn them; it was a sort of pre-pubescent Beltane ritual that signaled that  Halloween could not be too distant in our still child-foreshortened sense of space and time.

It was a wonderful time of year in Portland when I was a child, and I get the smell of it again when I see scenes such as this in my adoptive Portland replacement - Paris.

The only other autumn scene that competes is the horse chestnuts on the ground after they have broken out of their husks and while they are still glossy and beautiful and brown of an almost excruciatingly beautiful shade of that color.

This is what I wrote about that phenomenon in Screen Saver - the words before the ones here presented described the chestnuts from fronds, to flowers to - well you get it - the rest of their cycle until where the next words take up the rest of the tale.

"And then as summer waned the day would come when fall had arrived.  It could be seen in the angle of the sun; it could be felt in the incipient chill of the air; it could be sensed for no obvious reason at all.  But the horse chestnut knew.  And their leaves would turn yellow.  And their leaves would begin to fall.  And then on an especially chilly night the wind would rise and the husks would split and the shiny brown gems would fall in cascades to the ground and children would pick some up.  The rest would be pushed around in the piles of leaves being raked and burned.  And some would be charred. And some would escape, having been left behind their pile of leaves due to their weight which had given them some resistance to the rake.  And those would be ground to meal by passing and parking cars.  And then the rain, which would begin to torrent, would wash the meal down the gutters into the drains and out of sight as if they had never existed.  But they had existed. The trees remembered them, and as those trees turned their barren winter gray trunks to the winter winds and rains they were already preparing for that glorious spring day when the cycle would begin all over again." 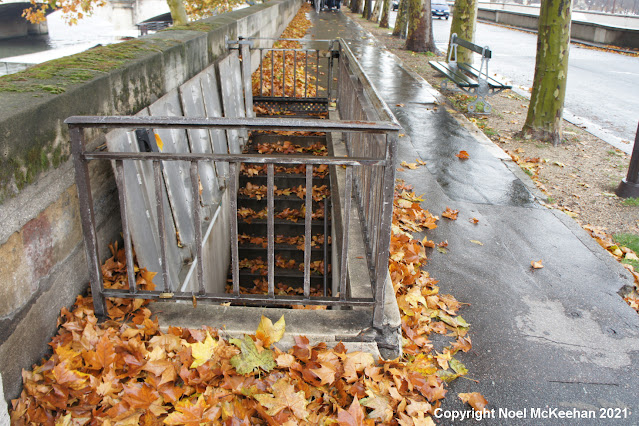 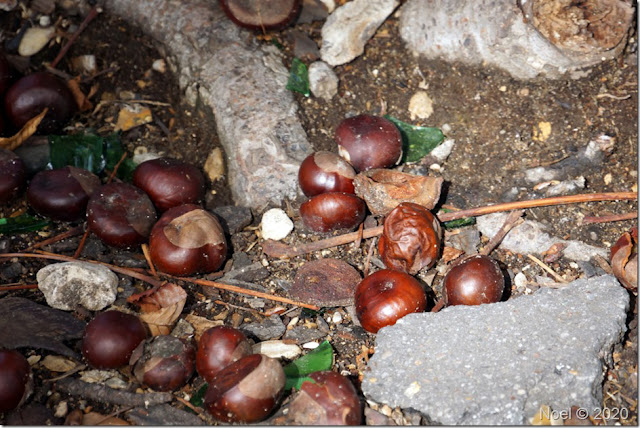 Posted by Noel McKeehan at 9:00 PM