The republicans a while back tried to pass a law that made burning an American flag a crime.

Flags wear out over time, wind, rain and sun and need to be disposed of.

The flag code says that the proper manner of disposing an American flag is to burn it.

So I have never been sure what the republicans had in their proposed law that made the prescribed manner of flag disposal a crime: having seditious thoughts while burning? If so, the law would have been an amazing mashup of a violation of the First Amendment and a need for federally certified mind readers (certified republicans, I suppose).

Anyway, the republicans failed in passing that law.

I was interested when this picture popped up this morning in republican Arizona. 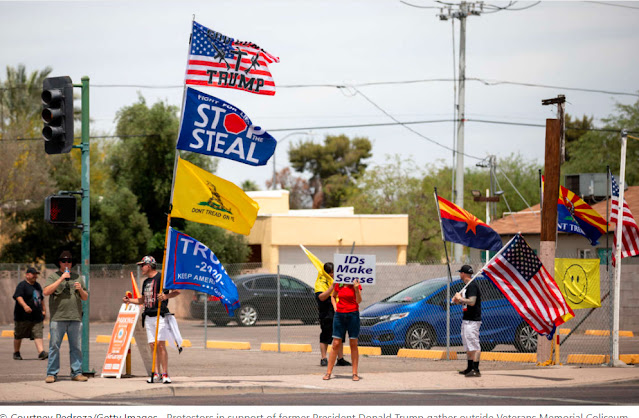 Posted by Noel McKeehan at 8:14 AM