The Extreme State Of Our Screwedness

The more I hear about donnie's last year, last six months, last 20 days, and the events of 6 January 2021, the more the verdict of donnie trial two seems correct: "guilty so say 57 of us; but 57 of us is not enough to convict; it is just a convincing, rather large, majority"

And General Milley should know the drill: he had been an inadvertent participant in the dress rehearsal for a mini-coup when he joined the president's gang that gassed the peaceful demonstrators at the church that donnie wanted to have his picture taken with a bible in front of.

The real thing donnie wanted out of that little tableau was General Milley standing next to him in fatigue - battle - uniform.

Looks good for the future of the coup, donnie must have thought.

And went on 24 hour guard duty until inauguration day.

And that is just one thread of all that is coming out about how close we came to the end of the Constitution.

donnie was in a snit and was being egged on by Flynn to call a coup and he didn't, but changed his mind and on 6 January 2021 he let loose the losers.

The morons among us.

The man is clearly guilty of treason.

If treason be undermining the Constitution.

So why is he running for president rather than in prison awaiting execution?

And that's the thickness of the plot.

It's because of the republican party.

They are donnie's impenetrable shield.

The amalgam of properly gnarled references to those two documents, mixed with racism, hate, white supremacy and theatrically monumental abject ignorance makes for a platform that appeals to just enough of the members of an amazingly ignorant and amazingly hate filled mudsill of our population that, if you can Russian rig things just enough, the Electoral College gives you the presidency.

The two senators per state, no matter how lacking in population be the state, coupled with that Electoral College, makes minority rule of the mudsill a frighteningly high odds outcome in our elections.

It facilitates the merger of the sinister with the stupid.

And "stupid" is the key word.

Because of the real culprits: the republicans couldn't pull off their chicanery if it were not for the mudsill of stupids that are allowed to vote.

But they are allowed to vote, and there are a lot of them.

And they love the "amalgam".

We are so screwed. 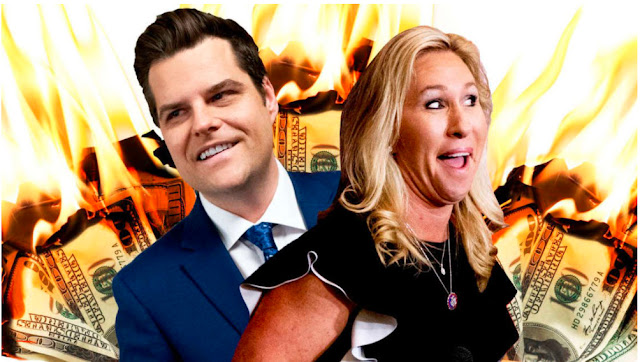