The Tantrum That Destroyed A Nation

The republicans have been throwing a tantrum since the election went to President Biden.

They have made it clear that not only are they going to lie about donnie's treasonous attempt to overthrow the government, they are going to continue to assert the big lie that donnie won the election.

But the crowning component of their post election tantrum is that they will show us: they won't get vaccinated.

History moves on and this time it's going to be without the United States.

"Former Surgeon General Jerome Adams says pandemic is "spiraling out of control again" because of unvaccinated Americans" (from Face the Nation today). 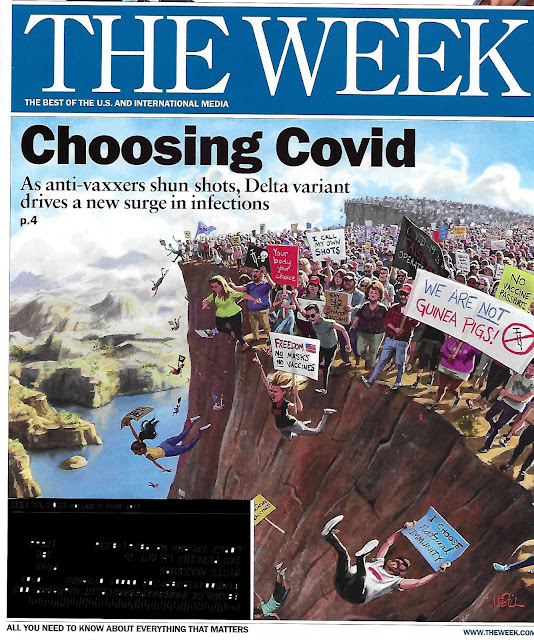 Posted by Noel McKeehan at 1:02 PM