A couple of days ago I posted about Rosie.

In that post I divulged that I am dabbling with another novel, having had no success with
A Curious Confluence.

The work in progress has a working title of The Cream Soup Spoon.

Since I made that post a perfect (as perfect as donnie's call to Zelinsky)
image of Cinq popped up an my Screen Saver (the title incidentally of my first hugely rejected memoir).

In the picture he is looking at the ceiling.

As near as I can remember he was looking at a spider and calculating the trajectory required for catching it.

Cinq is just that sort of person.

He has figured out how to open doors with lever handles and he stares interminably at doors with classic knobs: it is obvious he knows what knobs do, he just can't figure out how to make it do it with a cat's paw.

Before I post his picture I am going to include an excerpt from The Cream Soup Spoon.

This is a totally intended, but tongue in cheek, Tolkien homage.

The sun disappeared almost immediately the moment the entourage had gone almost no distance into the woods.  The trees were all huge deciduous hardwoods – white oak, red oak, hickory and black walnut.  They all were in full leaf; but it was that full leafed time of the year when all the full leaves were just off light yellow green and had become full forest green. That was the time of year that was a June phenomenon.  Whatever the time of year, the phenomenon created a canopy of a magnitude that it shrouded everything below it in a Mirkwood gloom.

“Are there spiders in here”?

He was pretty brave but he had a horror of spiders; Peter had read The Hobbit out loud to his two grandchildren only recently and Cinq had loved lying on the floor and listening to the adventures of Bilbo and the rest. He loved the conquest of Smaug and all the other major and minor victories of the fellowship. But he had recoiled in horror during the story of the spiders in Mirkwood.

“I said, are there spiders here”!?

“Listen, Bitch, you abandoned me once and I don’t know why I should believe anything you have to say”.

“She knows more about this place than I do; and I have been here for centuries”.

“I wish somebody would brush me”.

“If I have to stay in this dream can we all just try to get along”?

For the entire duration of this exchange the group had continued going forward and it had become increasingly dark; it was now near night in the woods.

“Something just brushed past my head”.

And Cinq spun around and bolted toward the glow that was the edge of the woods where they had come in out of the light. 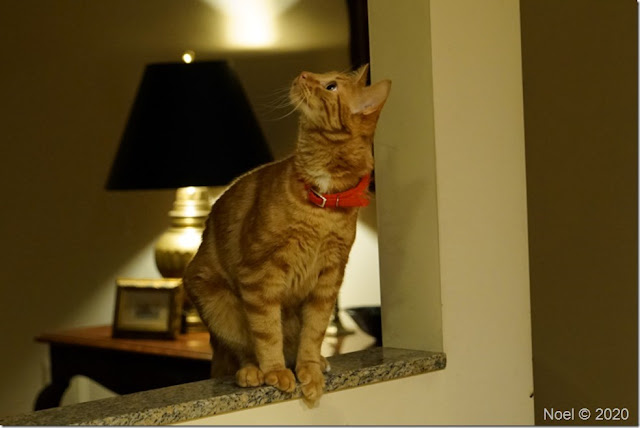 Posted by Noel McKeehan at 6:51 PM