IBM To The Rescue Part Two

Recently I posted IBM To The Rescue.

Since then the City of New York has made proof of vaccination mandatory if you want to go into a bar, restaurant or any other public gathering place.

You can prove your vaccination status in several ways; hands down the easiest is using the Excelsior App, developed by IBM in conjunction with New York State.

Here is a picture of how it works. 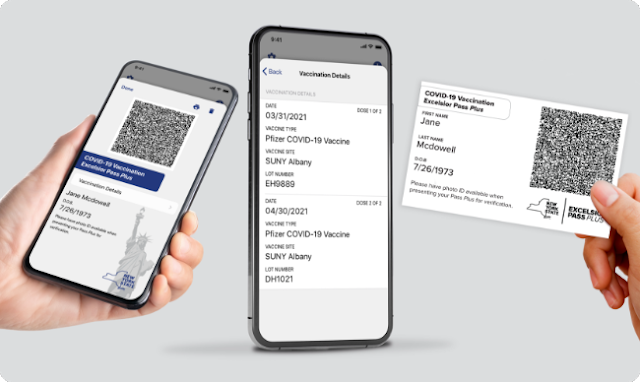 It's a QR Code - just like the menu at your favorite Mexican restaurant.
In the case of Excelsior, the code verifies your HIPPA protected vaccination record.
Show it at the door and go have a martini.
Or a plate of nachos...
Or anything fun...
And you don't even need a smart phone; you can print the code on paper of your choosing and carry that around with you.
This is such a good deal that I can't figure out why the everybody wouldn't want this app.