The formal entrance to the Élysée Palace, the residence of France's elected king, the President, is on rue du Faubourg St-Honoré.

Or as near as I have ever been able to tell from wandering around that quartier, that is true.

I guess those are representatives of other countries going to talk to the French President.

A lot of times though I wander around on the Champs Elysées.

There is a wooded boulevard skirting parc just north of the Champs Elysées.

If you go into that wooded strip at just the right place you will come to a street.

If you walk along the street - or are lucky enough to have intercepted it at just the right place you will see a kingdom-like iron fence with a gate with a chicken.

I think its the back way into the Palace.

Or maybe it's an upscale KFC. 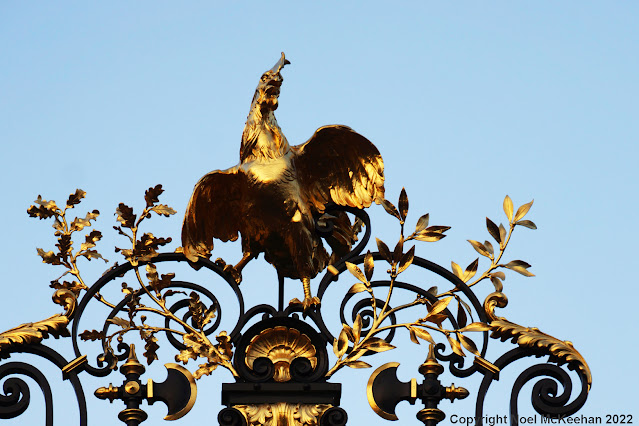