I took off loaded with camera and umbrella initially.

The first capricious downpour - close enough to home to allow rethinking - caused me to do that.

I went back home and got rid of the camera.

And then I set out toward Pont Austerlitz.

My plan was to walk down there and then back to Pont St-Michel (the gate way to Le Départ St-Michel) so I could have some soup and wine and kill some time before I headed back to rue Legrange and on to the poulet cookerie so I could buy a poulet for dinner and for several follow on celebrations including a Monday sandwich poulet and wine picnic at Parc Montsourris.

These poulets go a long way.

The clock was the controlling factor.

That way I could do what I do there and then get down to la boucherie after what the weather channel said were going to be mid afternoon downpours.

Once at my table at LD the downpours commenced.

And they wouldn't de-commence no matter how many things additional to the initial soup and wine I orders.

Or how much time passed.

But in all that time I had had the chance to contemplate my breakfast and the picture I had posted on Facebook earlier in the day and had decided to use my Photoshop skills to bore the shit out of everybody.

So here is the product of that skill application. 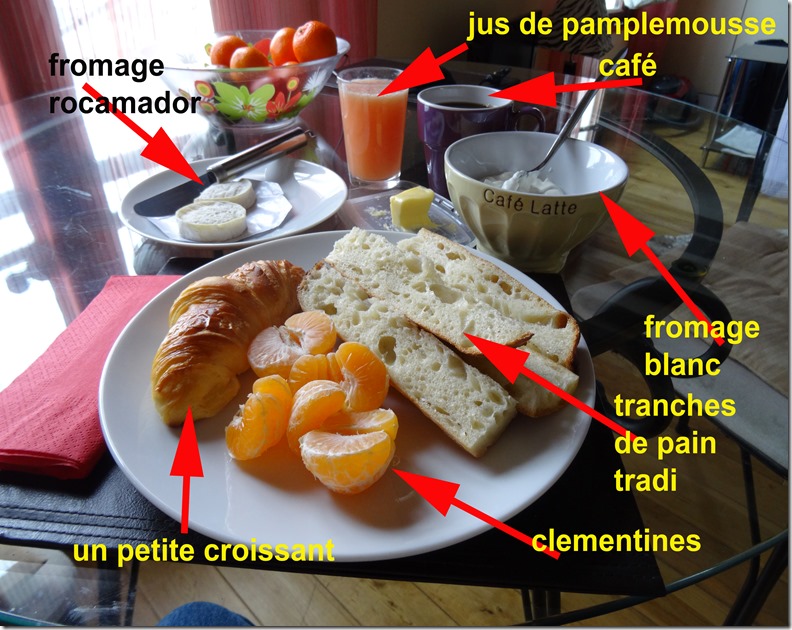 Posted by Noel McKeehan at 9:24 AM