In my previous encounter with the seed pods I had been under one tree and had assumed that there was only one tree.

But that turned out to be wrong.

There are a lot of them.

And the little birds whose name I don’t know were having at the seed pods.

They are of a sort that I have been trying to get a decent picture for as long for as I have been pursuing the grail of the parrot.

My camera, of course, was in its case.

By the time I got it out and had it ready none of the little creatures were in evidence.

The had all flitted elsewhere.

So I stood there under the entry tree to the copse, looking stupid.

I’m really good at that standing looking stupid -  and my fellow Parisians acknowledged my skill by ignoring me as they passed.

After not too long one of the little white, black and yellow birds flitted back and I got a few shots.

One of them was pretty good. While I was taking the batch of which this image was one my sentinel self noticed something.

There was a crunching sound a few trees down the path.

And when I awoke from my little yellow/black/white bird image taking I looked in the direction of the crunching. 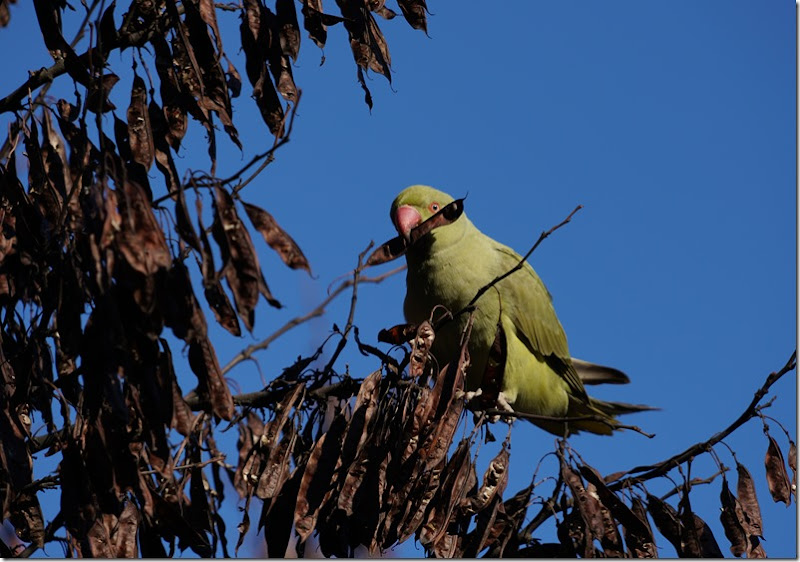 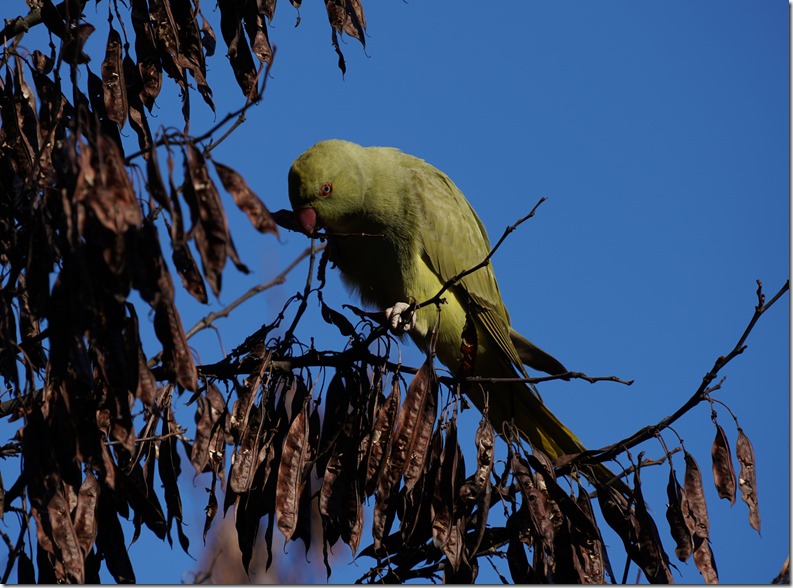 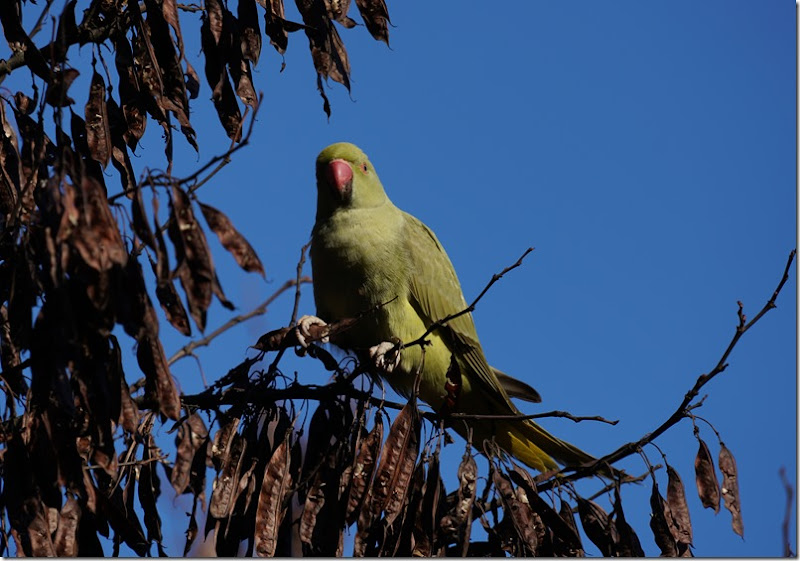