Today I got on the street really early for me in Paris.

I decided to take the Parc de Bercy route to Bois de Vincennes so I could get some miles.

My real reason was that I was pretty sure I was going to go to the tropical fish aquarium which is there at Port Doré and making Bois de Vincennes an objective would allow that side trip.

But I am not to know – at least not yet.   I didn’t go to the aquarium after all: after getting half lost in the tangle of bridges, paths and lakes in Vincennes – which I have never been able to get straight from a sense of direction viewpoint – and after, due to that, wandering around getting hungry while being sort of semi lost,  I decided boeuf bourguignon at Le Depart would be a good thing.

So when I figured out where I was I got on the metro and beat it back to St Michel and my home away from home.

But not before discovering that the parrots of Paris have found a home in le Bois de Vincennes.

I haven’t seen them in Parc Monceau – I’m going there maybe tomorrow so we will see if that has changed since I was last there last November with Mysti – so on va voir on that.

And I haven’t seen them in le Bois de Boulogne.

And I was there yesterday.

They have never been in le Bois de Vincennes before.

Or, at least, I have never seen them.

And the hearing is what was different today.

After about a quarter mile around the lake I heard the first one.

Which is why I think they are new residents to the Bois.

I have never heard them before.

But I did today. 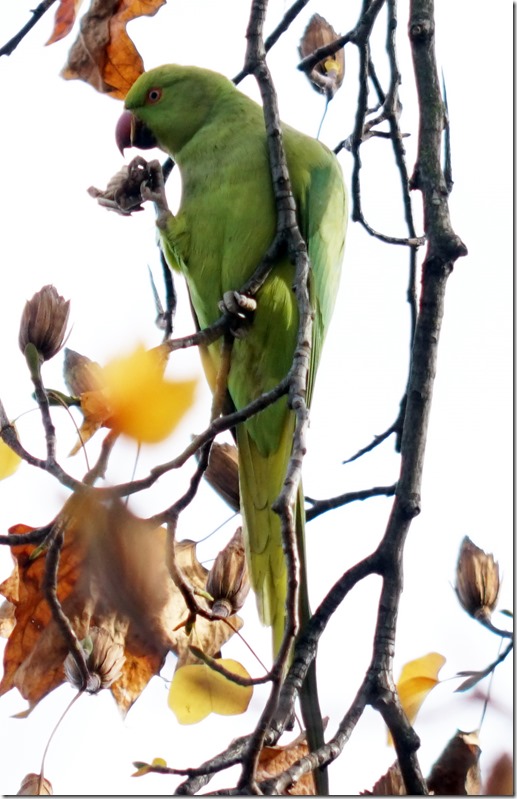 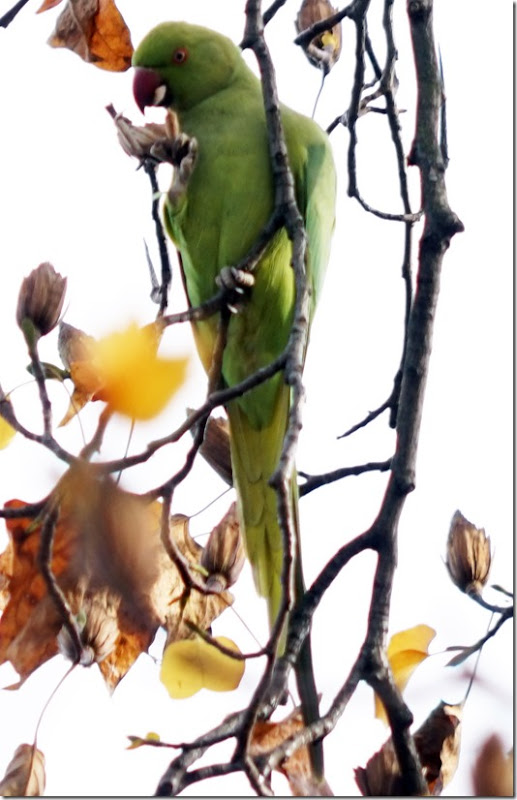 After boeuf bourguignon at Le Depart , as I was walking back to Pont l'Archeveche and my apartment something happened that brought me up pretty short.

I would have bet a lot of euros that I had taken all the pictures of Nôtre Dame that I was ever likely to take.

I have been inspired by its visage in snow, at near nightfall, at dawn and in every other light or weather condition that ever seem to make images interesting.

So the camera, as I passed by the old lady, was in the case.

But I glanced across the river and reached for the zipper.

The camera came out and took yet another.

The lady and the sun – and probably the spirit that is Paris – made me do it again. 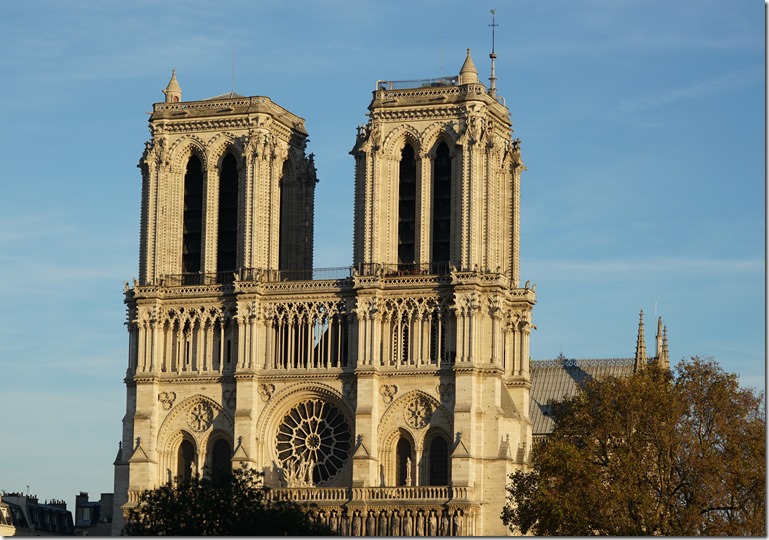 So when I got on the bridge I didn’t feel so bad about taking another. 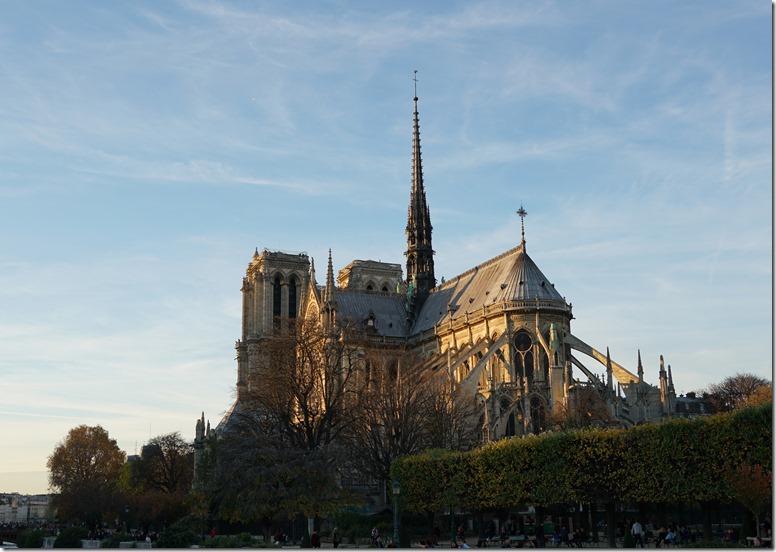