The other night I bought a gros poulet at Boucherie Claude where I have been buying roast chickens since 1998.

Back in ‘98 – assume that my voice is taking on the raspy tone of the old man that I am as I write those words – the poulet cost trents francs: six dollars.

I paid twelve euros for the one from the other night.

No complaints; just documenting the course of things monetary.

One of the great things about those chickens – beyond how good they taste and how much fun it is to tear them asunder and eat them as if I were some medieval lord – is that they have a real positive effect on the food budget: they last for several days.

If you like cold chicken, which I do, there are several meals in the gros poulet from Claude.

One of my favorite manifestations of those meal options is the sandwich poulet.

When I first started coming to France I bought my sandwichs poulets on the street.

And they were good.

But then it once hit me: Claude gave me the key raw ingredient to doing my own.

Really, it was and always has been, with tomates.

Bur crudités is a word with panache.

Tomates is a word that sounds as if it should be in a can of spaghetti.

And I have ever since.

And they are GOOD.

Here is the one from today. 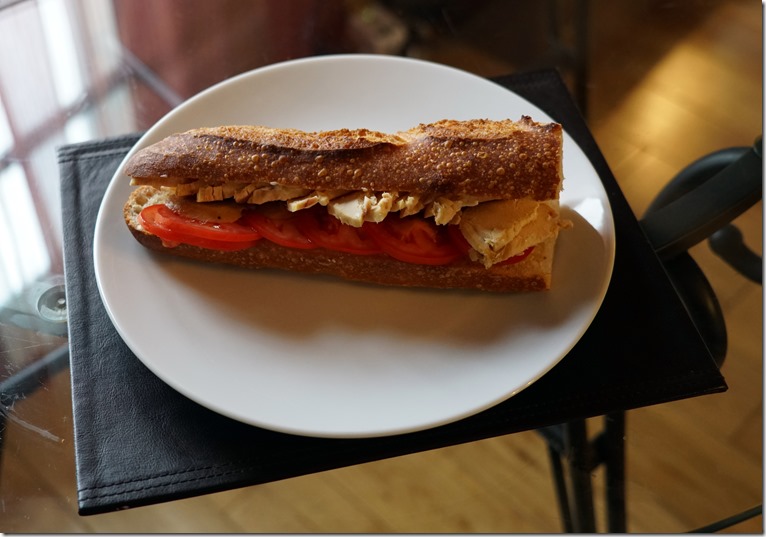 I eat them either for breakfast, as I did today, or on a parc bench somewhere – like Parc Montsourris – with a glass of côte de rhone. 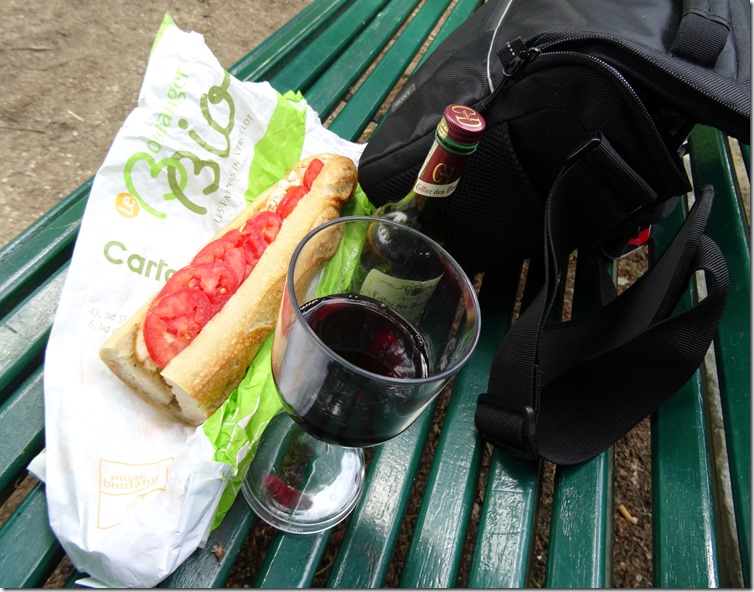 The ducks from the little lake like to help.

They come up to the bench and beg for scraps.

And the other denizens of the little lake are fun to watch while I eat my sandwich. 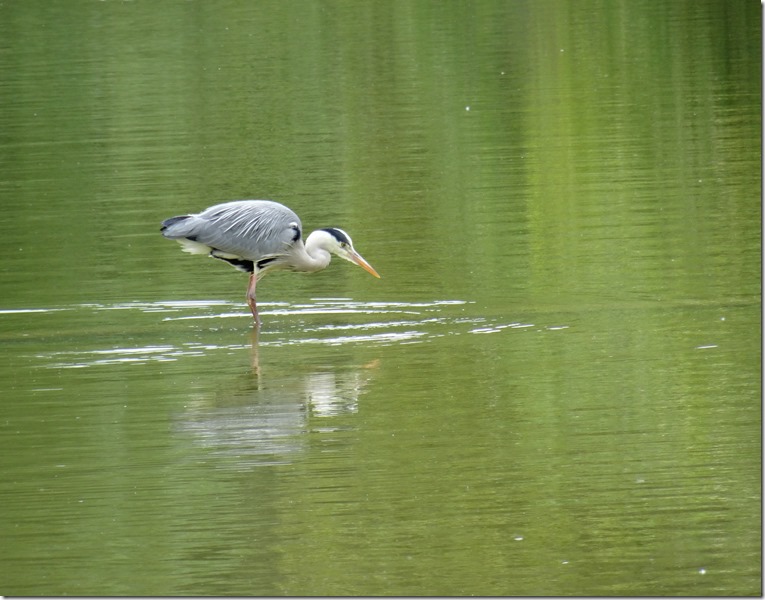 If I am at Parc Montsourris.

Which I wasn’t today.

I was in my apartment.

Given the view from the window, that makes a sandwich poulet more special than it is intrinsically.

The other event of the day was the view I had a little while ago, out of my window, of la tour de l’eglis St Jacques.

It is a historic vestige.

The rest of the church disappeared somewhere along the line between then and now.

I have some grasp of when now is but none of when then was.

But, really, who cares.

If I were a scholar I would be able to tell you when and why that – the disappearance of the rest of the church - happened.

The first time I ever saw it – la tour - was back in the last century.

It was covered with plastic wrap and a message from the mayor of Paris saying that la tour was being cleaned up for the new millennium.

That has turned out well. 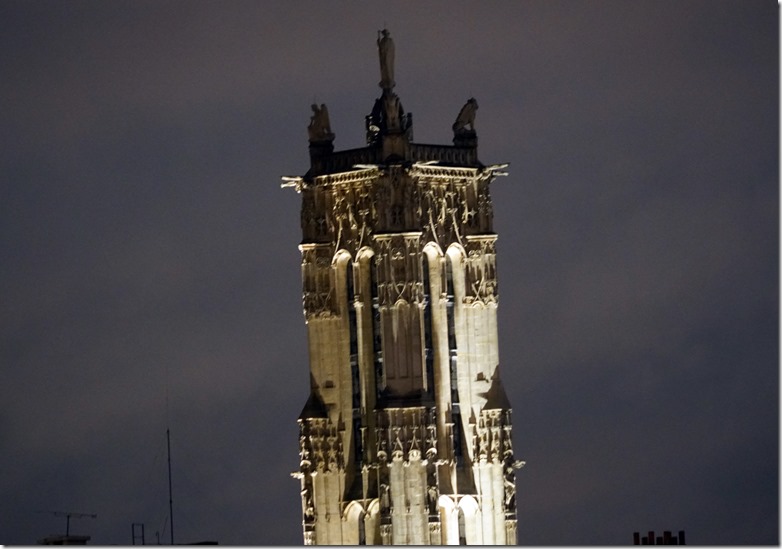