When I was a little kid I was really lucky: I had all four grandparents.

And they stayed around for quite a few of my little kid years.

So, from this point in my life, I have a lot of memories.

Most of them wonderful.

Of those four people.

One of those memories is of Grammy McKeehan's oatmeal bread.

I don't know anything about it - from memory - except that it was a yeast bread and was so good I could eat a loaf of it, even as a little kid.

Grammy made it quite frequently, so my addiction to it was both aided and abetted over time.

One time I was visiting Grammy and Grampa in Lake Forest Park and I had the need for my grandmother's oatmeal bread.

Usually she had already baked some; this time she hadn't; baked some; so I badgered her mercilessly; to bake some.

She was one of those type of grandmothers who usually didn't need to be badgered; she was always way ahead of the game; for whatever reason, this time she was not ahead of the game; there was no oatmeal bread and I kept begging her to bake some; totally atypically, she really didn't want to; even then as a child I knew that she didn't want to bake some, but she was, after all, my grandmother, and what are grandmothers for but to coddle their grandchildren?

Or so I must have thought.

And she sighed a deep sigh and made some oatmeal bread.

From the vantage point of - probably - 70 years that is a thing I really regret; badgering a woman to do something that she was likely just too tired to do.

But it was really good.

That hot from the oven oatmeal bread.

We have three cats.

They came into our lives as five week old progeny of a feral cat named Gimpy (withered right front leg) that we had been feeding for several years, along with two others - five in all - by happenstance: four of them were hiding in an unused plastic downspout tube that could be picked up from both ends, thus keeping them in the tube until they could be brought into the house, and one of them was hiding just under the access panel of the deck that spans the house.

We kept three of them - Rose, Alfie and Cinq (Cinq was the late breaking news from under the deck - hence "five") and found homes for their sisters.

They are seven years old now.

Not much older that I was when I was badgering my grandmother for  oatmeal bread.

Cinq needs to have attention every hour or two.

Since I am not fluent in cattish, and he is pretty light in English our conversations are pretty much him staring deeply into my eyes and yowling until I give him some canned food or some sort of freeze dried treat.

He is indominable and I always give in even though I feel really put upon.

I am fairly sure that I frequently hear Grammy McKeehan chuckling. 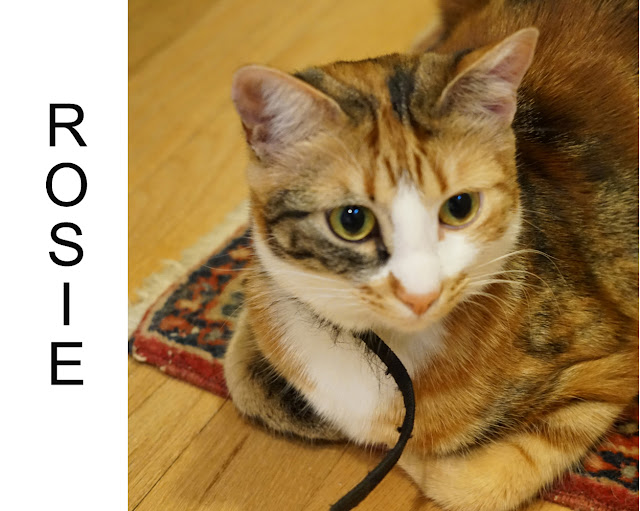 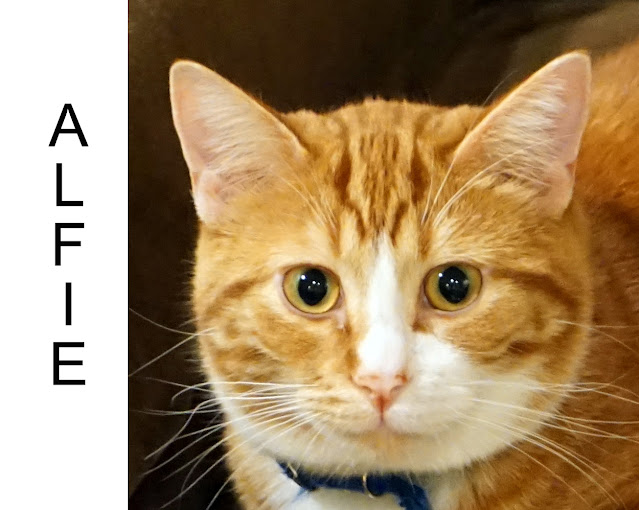 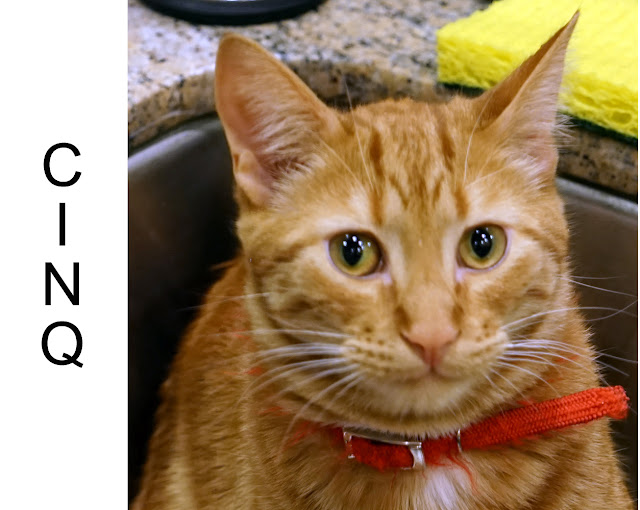 And here is their mother; we originally thought she was a boy; orange cats are all supposed to be male; she wasn't male as her children attest; so we re-named her Genji; we are still feeding her, now twice daily; she's getting old and we don't know that she can catch prey as well as she once did.; but she is spayed, has a full array of shots, as of seven years ago and has a chip; and she is beautiful. 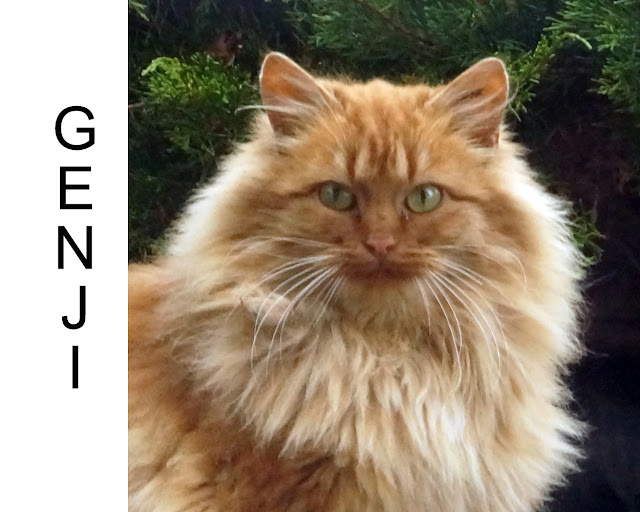 Posted by Noel McKeehan at 5:08 PM