Cinq likes to help in dinner preparation; or maybe he likes to look at his reflection in the lid. 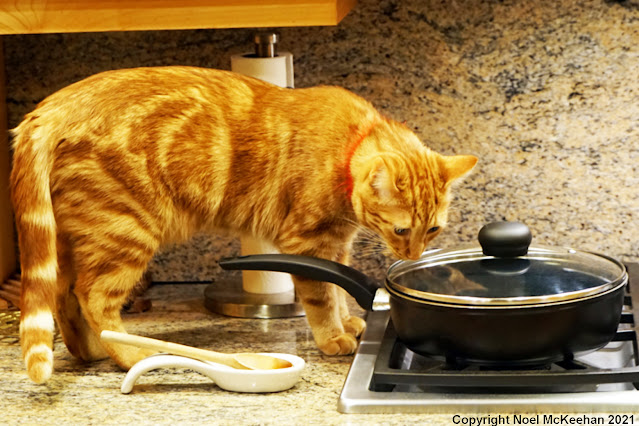 These were in a garden in Rome.  I was trying to get pictures of the parrots that were making a lot of noise there when I saw these lurking in the undergrowth. 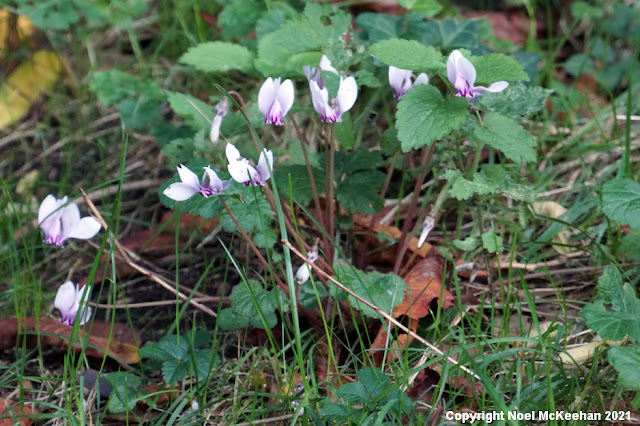 That building next to the steps is some kind of station in the old Paris water system.  My understanding was that it was no longer part of the system; it seemed smart to leave it because it is beautiful. 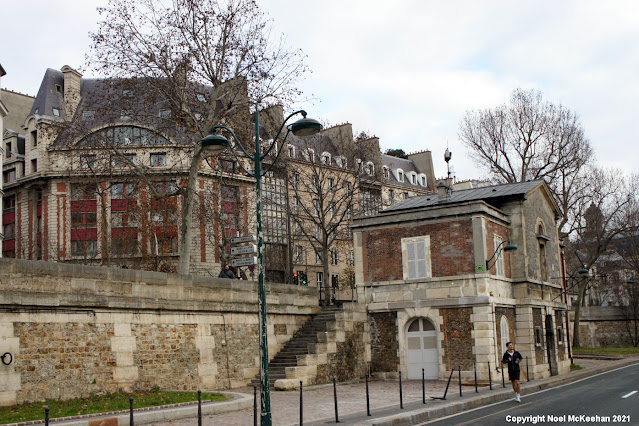 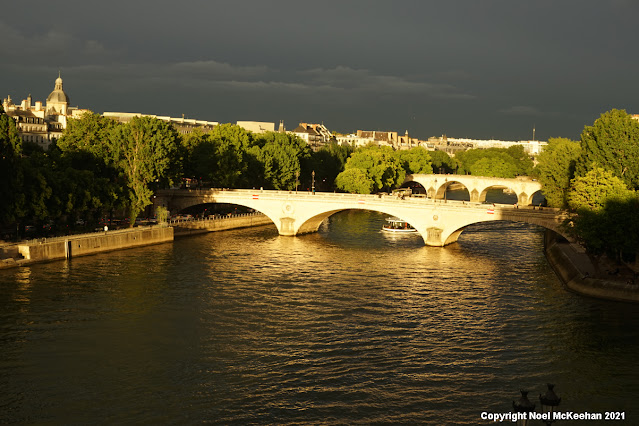 Sometimes I just point and shoot. 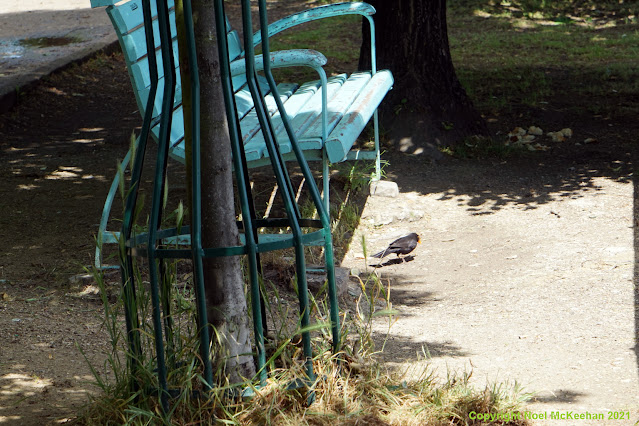 And sometimes I don't. 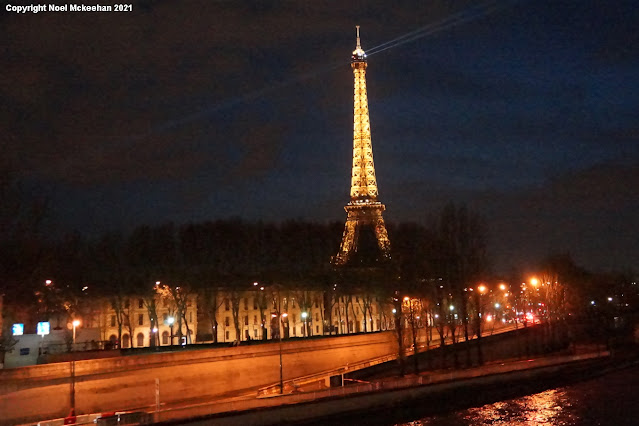 This is on Isle des Cynges - the Island of the Swans. 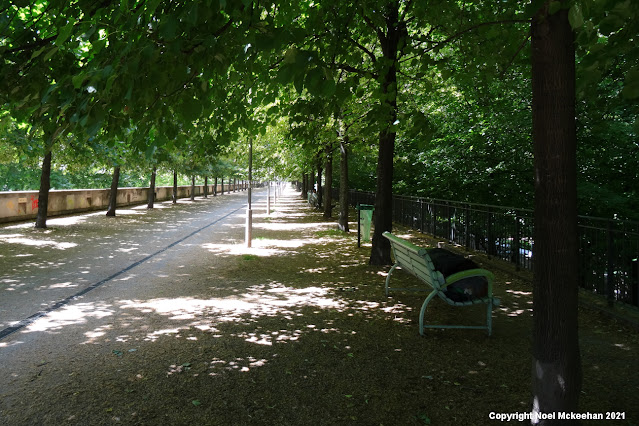 One day the weather was awful and I didn't want to go out and try to take pictures in the rain and, anyway, I felt as if I had taken all the pictures that were there to take.  I finally realized that for mental health reasons I needed to get out and walk and shoot.  I was amazed how many subjects shouted at me "take me; take me". 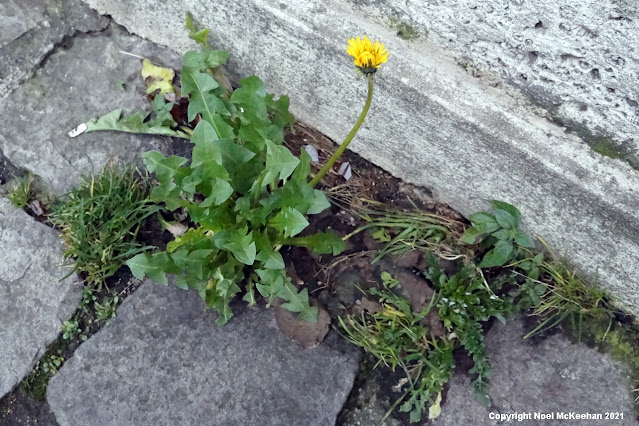 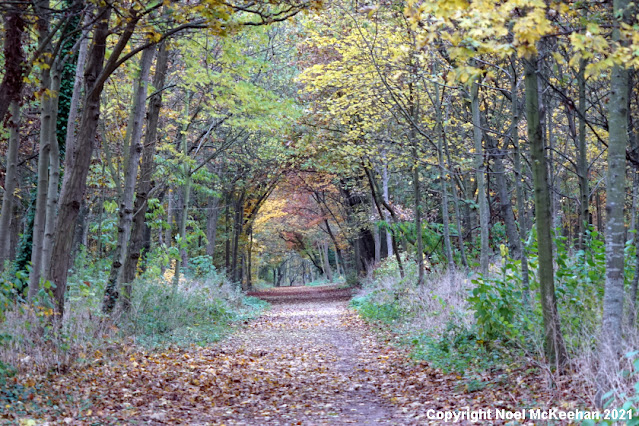 Neons are hard to get a decent picture of (how about that for a sentence Sister Justitia?) 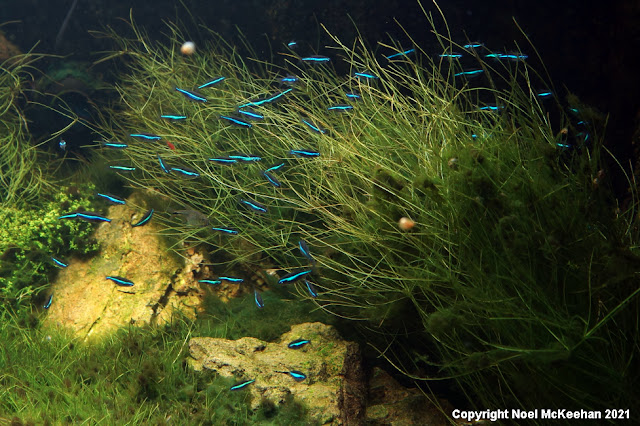 We were walking on Shark Reef when we met these goats who were out walking their human.  Goats are about the most charming animals I know of. 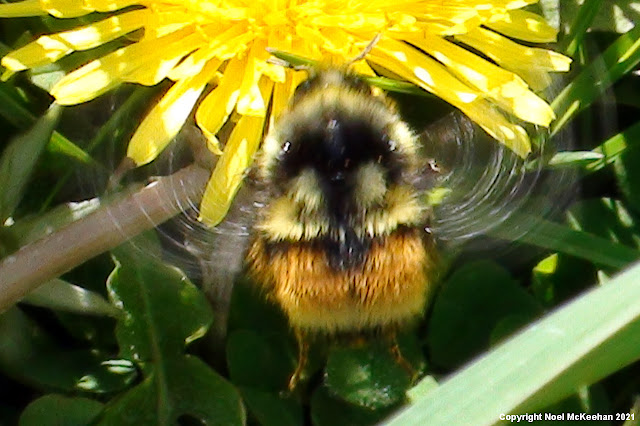 Posted by Noel McKeehan at 4:31 PM