This was a wounded eagle - or maybe it was just old - that we discovered a few years ago and fed every day on the beach with crab bait - salmon parts left over from butchering - that we bought at the store; he had first appeared on our neighbor's lawn and we figured out, after he was no longer on the lawn, that he had moved to the beach where we found him and fed him daily; this went on for several days and then he disappeared.

We had named him Ollie. 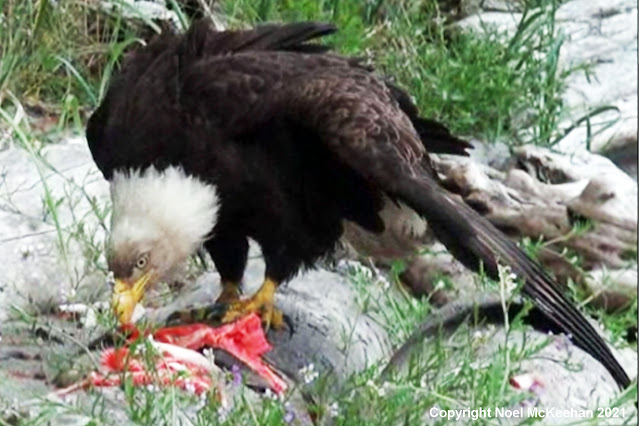