THE QUESTION IS "WHY"? 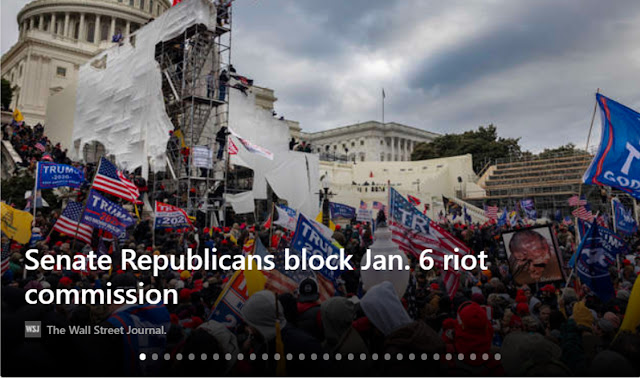 AND THE ANSWER ISN'T PRETTY.

That's way more than halfway from not guilty.

So if one were one of the many cowering-in-the-Senate-Cloakroom "Pressurees" one would probably not want a genuine bi-partisan commission rooting around in January 6, 2021.