Rounding Out The Month

Overnight there was another shooting.

This time in Florida - Miami, I guess.

The good news is that this one doesn't qualify for the category "mass shooting".

I hear to make minimum acceptable on the sliding scale of shooting categories there need to be at four dead people at the site; this one only had two dead; there were a whole lot of near dead though, so maybe they can upgrade this one later in the day.

Another thing of note on this one is that it sounds more like a gang hit than your typical garden variety "misunderstood nutcase deciding to make a statement" shooting; in this one three people got out of an SUV, armed with semi automatic weapons and sprayed a crowd of concert goers.

I couldn't help but wonder if this was the concert that was making a statement by charging people who could prove being vaccinated $19.99; those who couldn't, or wouldn't, were charged $999.

Maybe the SUV Three were donnie voters who refuse vaccination.

In that case they were just patriots exercising their god given right to express themselves.

That would explain things in this case and let us all move on with our lives and wait to see what "real" mass shooting crops up over night.

Nice to be back on an even keel. 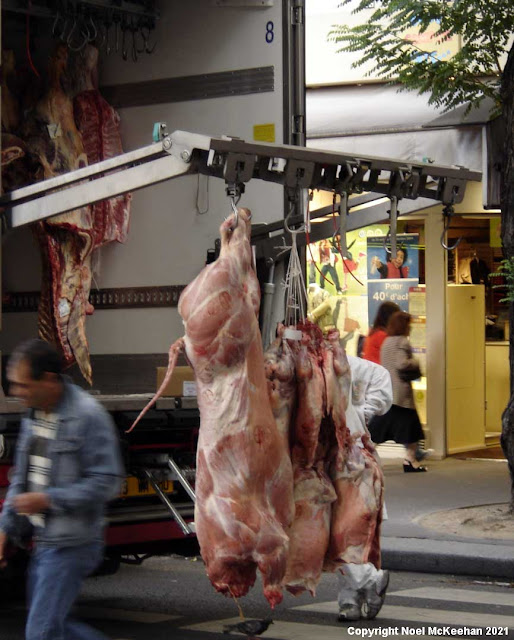 Posted by Noel McKeehan at 9:25 AM